A Maryland county has announced a curfew for minors following the deadliest month in the county’s history.

On September 9, Prince George’s County Police will enforce a curfew for anyone under 17 years old to fight the rising violent crime.

The curfew will be in place between 10 p.m. and 5 a.m. on weeknights, and between midnight and 5 a.m. on Fridays and Saturdays. There will be exceptions for those who are accompanied by an adult.

County Executive Angela Alsobrooks announced the curfew during a press conference on Monday. She said that it would last for at least 30 days as a “cooling-off period” from the violent summer.

“I’m just going to put it very bluntly: Somebody has got to take responsibility for these armed and dangerous children. And it’s not just the police and not just the government,” said Alsobrooks. “We have children who are out in our communities at 3 and 4 o’clock a.m. committing these crimes. No summer job or government program is going to help that.”

According to a report from the DCist, Police Chief Aziz Malik said that the department investigated 24 murders over the last month, the highest number over that time period in more than three decades. The department has solved 13 so far.

“Alsobrooks is leaning on a local ordinance passed in November 1995 to enforce the curfew,” the report explains. “According to the law, a police officer will issue a minor who violates the curfew for the first time a written warning, as well as request information as to contact their parent or guardian. If the minor has received a previous written warning or is alleged to have engaged in ‘delinquent conduct,’ per the law, the minor is taken into police custody.”

Minors who were previously warned, or allegedly delinquent, will only be released to a parent or guardian. If they are not willing or able, the offender will be given to social services.

The parent will face a fine ranging from $50 to $250. They will also be charged a “babysitting fee” and held responsible for the costs of detaining the minor.

“The amount to be paid by the parent shall be based on the hourly wage of the County employee who is assigned to remain with the juvenile plus the cost of benefits for that employee,” the law says.

The county has arrested 430 juveniles this year, nearly double the rate of 2021. Many of them have been for violent crimes and carjackings.

“At this point, these kids don’t just need a hug, they need to be held accountable,” Alsobrooks said. “I know it’s not a popular thing to say, but it’s a fair question: Where are their parents? Where are the aunties, where are the uncles and other family members who are responsible for them?” 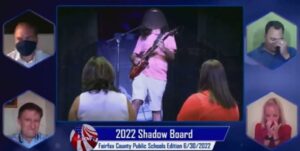