Migrants File Class Action Lawsuit Against DeSantis, Claim Martha's Vineyard Trip Was 'Comparable' to 'What They Fled' in Venezuela

A leftist legal organization has filed a class action lawsuit against Florida Governor Ron DeSantis on behalf of the migrants flown to Martha’s Vineyard last week.

Approximately 50 migrants were flown to the Massachusetts island from San Antonio on two private flights.

The lawsuit was filed by Lawyers for Civil Rights on behalf of three Venezuelan migrants and Alianza Americas, an activist organization that works for migrant rights.  It alleges that the foreign nationals were “manipulated,” “stripped them of their dignity, deprived them of their liberty, bodily autonomy, due process, and equal protection under law.”

It also alleges that the private flight to the elite vacation destination was “cruelty akin to what they fled” in Venezuela.

“These immigrants, who are pursuing the proper channels for lawful immigration status in the United States, experienced cruelty akin to what they fled in their home country,” the lawsuit says.

The complaint says that Gov. DeSantis and the other defendants interfered with the Federal Government’s “exclusive control over immigration in furtherance of an unlawful goal and a personal political agenda.”

The attorneys additionally allege that a representative of Gov. DeSantis gained the trust of the migrants by giving them $10 McDonalds gift cards.

“Under the auspices of acting out of the goodness of their hearts, the Doe Defendants made false promises and false representations that if the individual Plaintiffs and other class members were willing to board airplanes to other states, they would receive employment, housing, educational opportunities, and other like assistance at their arrival. The Doe Defendants also told the individual Plaintiffs and other class members that they would receive assistance with their immigration proceedings at their destination,” the suit claims.

This situation amounts to “false imprisonment,” according to the organization.

The suit claims that “individual Plaintiffs and the class members suffered economic, emotional, and constitutional harms as a result of Defendants’ intentional, reckless, and negligent conduct. Together, Plaintiffs have suffered harms the redress of which is incalculable but at a minimum exceeds $75,000.”

The sheriff claimed that the migrants were sent “under false pretenses” and that they were “exploited and hoodwinked into making this trip to Florida and then onward to Martha’s Vineyard for what I believe to be nothing more than political posturing to make a point.”

Gov. DeSantis’ office has asserted that the migrants boarded the flight willingly.

“Immigrants have been more than willing to leave Bexar County after being abandoned, homeless, and ‘left to fend for themselves,’” Fenske told The Hill. “Florida gave them an opportunity to seek greener pastures in a sanctuary jurisdiction that offered greater resources for them, as we expected. Unless the MA national guard has abandoned these individuals, they have been provided accommodations, sustenance, clothing and more options to succeed following their unfair enticement into the United States, unlike the 53 immigrants who died in a truck found abandoned in Bexar County this June.”

Republican governors in Texas and Arizona have also been sending migrants to sanctuary cities, including Washington, D.C., to protest border policies that are overwhelming border states. 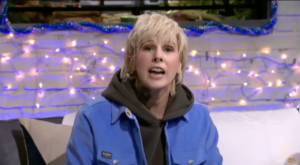