Froskurinn, host of G4TV’s revived 2000s program Xplay, reportedly had the remainder of her contract bought out by parent company Comcast, according to sources close to the company.

News of Froskurinn’s departure was internally announced on Tuesday to the company by network head Joe Marsh during a company-wide meeting, Kotaku reported. Twitter users had noted the removal of “G4TV” from the personality’s account bio on Tuesday before official confirmation of the host’s departure.

Froskurinn later confirmed the news in a tweet, “Thank you so much to @g4tv and the talented Xplay and Esports departments! Loved working with you guys. Gonna especially miss Gex! <3″

Thank you so much to @g4tv and the talented Xplay and Esports departments! Loved working with you guys. Gonna especially miss Gex! <3

G4TV laid off around 20-30 employees after months of strategizing to lowering company costs resulting in the mass employee lay off last week. The company announced all scheduled streams had been cancelled as of Wednesday, but noted programs would resume the next day.

On Thursday, Froskurinn posted a photo to her Twitter of a lizard wearing sunglasses and a crown while smoking what appears to be a marijuana joint with a text overlay reading “I SURVIVED.” Froskurinn wrote along with the photo: “Let’s play some games, yo,” appearing to suggest her employment remained intact. Her tweet was criticized by Twitter users and YouTubers alike, claiming the tweet was in poor taste considering the amount of G4TV employees that had been laid off.

Let's play some games, yo pic.twitter.com/hB0eWMYHBO

The former Xplay host landed the company in hot water as she took the network’s own viewers to task over alleged misogynistic comments during a livestream of the revived show in January.

“We have the chat in front of us, I can see you,” a visibly flustered Froskurinn told the audience .

Froskurinn’s comments were later shared by G4TV in a now deleted tweet: “We stand with @Froskurinn and the women in the space.”

Fellow veteran G4TV host of Attack of the Show! Kevin Pereira is also reportedly scheduled to leave the company in October, though Periera has not responded to comments as of Tuesday, according to Kotaku. 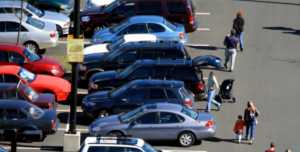