Mark Levin: There Was Never Going to Be a 'Red Wave'

As the 2022 midterm election drew closer, polls showed the increased likelihood of Republicans picking up a large number of seats in the U.S. House of Representatives and potentially 4-6 seats in the U.S. Senate.

A week after the midterms, as votes are still being counted in key races, Republicans are favored to squeak out a win in the House with only 219 seats. After Mark Kelly’s projected win in Arizona, Democrats will have secured control of the Senate. Even if Herschel Walker defeats Rafael Warnock in Georgia’s runoff election on Dec. 6, the Senate would be split 50-50 with Vice-President Kamala Harris being the deciding vote in the event of a tie.

Both Republicans and Democrats expected a “Red Wave” this election cycle — so much so that prominent Democrats laid the foundation to claim the GOP engaged in fraud had they blown out their opponents.

Yet, as politicos on both sides of the aisle begin their autopsies of the 2022 midterm elections, conservative author and talk show host Mark Levin says a “Red Wave” was never a possibility, calling a GOP takeover of the Senate a “mathematical impossibility.”

On his show “Life, Liberty & Levin,” he reminded his audience that the senate had 34 seats up for re-election — 20 Republican seats and 14 Democrat incumbents.

“That meant the Republicans had to defend 20 seats and if they were going to get a majority, they had to tap into 14 of the Democrat incumbents or empty seats,” he said. “That was a tall hill to climb. And this is one of the reasons I wasn’t on this ‘Red Wave’ bandwagon so fast.”

Levin noted, however, that 2024 prospects for the GOP look more favorable, given the number of seats Democrats will be defending.

“[In] 2024, this is the key. The next election cycle, 33 seats are up,” he explained. “Two thirds of them are Democrat seats. So the Democrats have to defend 23 senate seats. The Republicans have to defend only 10.”

Levin also joined a chorus of politicians, pundits, analysts, and consultants who place some blame for the GOP underperforming expectations with a lack of candidate funding, censuring Sen. Minority Leader Mitch McConnell’s — who controls the Senate Leadership Fund — for pulling millions of dollars in support from Blake Masters and nixing nearly six million from Gen. Don Bolduc’s campaign. 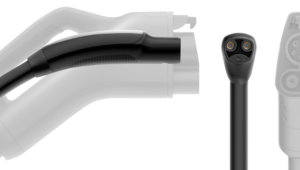