A majority of GOP voters want the soon-to-be Republican majority Congress to investigate the potential impeachment of President Joe Biden.

Just six percent of Democrat voters want Republicans to investigate an impeachment as a top priority, according to a new Morning Consult-Politico poll.

Among Republican voters, 55 percent consider impeachment to be a top priority.

House Minority Leader Kevin McCarthy, who is poised to become Speaker in the new Congress, told CNN earlier this month that while he is opposed to using impeachment for “political purposes,” that “doesn’t mean if something rises to the occasion it would not be used.”

There have been at least eight resolutions to impeach Biden since he took office.

Three of them focused on his handling of migrants at the border, three over his fumbled withdrawal from Afghanistan last year, one related to his son Hunter Biden’s business dealings, and one over the eviction moratorium during the height of the COVID-19 pandemic.

Four of the resolutions have been sponsored by Rep. Marjorie Taylor Greene, who has vowed to reintroduce them in the new congress after the current ones expire.

“She believes Joe Biden should have been impeached as soon as he was sworn in, so of course she wants it to happen as soon as possible,” Nick Dyer, a Greene spokesman, told The Hill.

For his part, President Biden shrugged off the possibility of being impeached during a post-midterm elections press conference at the White House. He referred to the idea as “almost comedy.”

“It was reported — whether it’s accurate or not, I’m not sure — but it was reported many times that Republicans are saying and the former president said, how many times you’re gonna impeach Biden?” Biden said. “I think the American people will look at all of that for what it is. It’s just almost comedy.”

“I think the American public want us to move on and get things done for them,” he added. 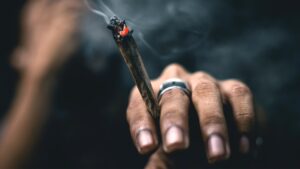 Oregon Gov. Pardons 47,000 Marijuana Convictions, But No One Will Be Released From Prison