A nursing home in Maine has agreed to adopt a transgender nondiscrimination policy as part of a settlement with an elderly transgender person.

Marie King, who identifies as a transgender woman, accused Sunrise Assisted Living of discrimination after it declined to give King a room. King filed a lawsuit after the Maine Human Rights Commission ruled in March there was evidence the facility had made its decision based on King’s gender identity.

Adult Family Care Homes of Maine, which operates the Jonesport facility, agreed to adopt the transgender nondiscrimination policy as part of a settlement with King.

“Placement of an applicant/resident in a shared room setting that is separated by sex shall be made based upon the applicant/resident’s gender identity, not their assigned sex at birth,” the policy reads. “The law does not require people who are transgender to have any particular anatomical or physiological makeup in order to [identify] as a particular sex or gender.”

“The claim is the first known discrimination complaint filed in the U.S. by a transgender older adult against a long-term care facility,” per The Hill.

The decision coincides with a new executive order from President Joe Biden aimed at “advancing LGBTQI+ equality during Pride Month.”

In addition to addressing homelessness, suicide and conversion therapy, the order “directs HHS to publish a ‘Bill of Rights for LGBTQI+ Older Adults’ and new guidance on the non-discrimination protections for older adults in long-term care settings,” the White House said in a statement. “It also charges HHS with exploring new rulemaking to establish that LGBTQI+ individuals are included in the definition of populations of ‘greatest social need’ under the Older Americans Act.”

The Biden administration says “older LGBTQI+ people” are at high risk of poverty, isolation, and discrimination.

According to a March statement from GLAD, “research indicates that transgender older adults are as likely as or even more likely than other older adults to require long-term care, including assisted living, due to the adverse health consequences of long histories of anti-transgender stigma and bias.”

“I believe the new policies will keep others from experiencing mistreatment and will help people understand that transgender people are only seeking to be treated with dignity and respect like anyone else,” King said in a statement on June 13. 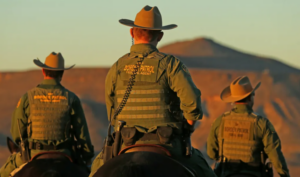