The New Hampshire senate race has been called in favor of Democratic Senator Maggie Hassan.

What once was expected to be a straightforward reelection in New Hampshire became a close race between a vulnerable Democrat and a Trump-endorsed Republican during the final weeks before Election Day.

Hassan was first elected in 2017 after serving as the governor of New Hampshire for the four preceding years.

Although Hassan initially held a significant lead, Republican Don Bolduc’s campaign climbed in the polls and reignited Republican groups’ interest in the New Hampshire race. Hassan’s voter support fell by 3% between September and October while the Army veteran gained 5% – putting him three points behind his opponent.

On Nov. 6, a poll published by Wick Insight indicated 48.4% of New Hampshire voters planned to support Bolduc for Senate while 48.3% supported Hassan.

A leaked October memo from Hassan’s campaign confirmed Bolduc’s increasing support – both from voters and the Republican establishment — was being taken as a serious threat to the senator’s chances at a second term.

Hassan has distanced herself from President Joe Biden, stressing her disapproval of his Afghanistan withdrawal and his decision regarding the southern border including lifting Title 42, per The Hill.

Hassan has denounced Bolduc as an extremist and election denier for questioning the results of the 2020 election.

The retired brigadier general’s campaign has cast Hassan as a “career politician” who “would rather stand with President Biden than do what’s right for New Hampshire.”

Bolduc has argued Hassan has dodged questions about her voting records and her support of the Biden administration, including its economic policies. Bolduc stressed the importance of addressing rising inflation while campaigning – describing the problem as a bipartisan issue.

“I don’t lay all the blame on Democrats,” Bolduc said on Thursday.

“I say this is a Republican and Democrat problem, which my opponent refuses to recognize,” he said during the Oct. 27 debate. “Both parties can’t come together on the economy, out-of-control spending, the safety and security of this nation, and most importantly, the people here [in New Hampshire].”

Republican Governor Chris Sununu won the reelection and will serve a fourth term in office.

“The state’s rockin’ it, it really is,” said Sununu, whose father was also a governor of New Hampshire, during a debate in October. “We have challenges, and we take them head-on. But at the end of the day, you know, this is the place everybody wants to be.” 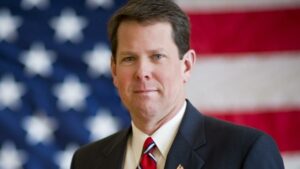