OPINION: It's Time to Discard the Boomer American Dream

Hard times are coming, but so are strong people

My dad flew out to visit me and meet Mr. Patch a few months ago. Before he came, I summarized what I thought of the world in a brief series of texts that went like this:

The world seems like it’s burning, and I feel a deep sense of betrayal, in some sense, because the world doesn’t look like people my age grew up thinking it would. But there is also a great sense of urgency and significance to family-building.

That message probably summarizes my feelings the best of any message I’ve yet sent to anyone. I find myself deeply saddened by the state of the world. The truth is that I feel a yawning sense of loss over something I never got to have – namely the white picket fence, middle-class house, nice little yard, single income life my peers and I thought would be normal forever, and the stay-at-home wife life that I, personally, hoped for.

Anytime someone mentioned careers, I could never help thinking, I don’t want a career, I want to do what my mom did and take care of the kids and keep the house. I remember my mother once asking, bewildered, why more women my age didn’t want to stay at home and have kids. I believe my response was something along the lines of, “Mom, we can’t afford to!”

Millennials especially cannot afford to be single-income households now. By dumping women into the workforce and doubling the number of workers, our wages stagnated. “Oh, your wife is working? You don’t need to earn as much,” employers could now say to men. “You’re a career woman? Guess you’ll be needing childcare – or better yet, just get that abortion, keep using birth control, or get your tubes tied,” became a common cultural theme. And this is to say nothing of student loan debts acquired by an entire generation of kids who were told they had to go to college (who then regretted that choice immensely) by a previous generation who saw that the most dedicated people went to college and earned more money and swapped cause with effect: The truth is that people who deeply care about what they want to do and who know exactly why they want to go to college would be more likely to succeed in the workforce anyway because they are passionate. (More on inverted cause and effect as it relates to millennials later.)

Recently, I clipped, titled, and thumbnailed a piece from Timcast IRL about how millennials are the first generation to be worse-off than the previous generation, and I’m starting to think we’re beginning a downhill slide from our peak years, at least in the U.S., and possibly in the west as a whole. I recall thinking we had truly peaked as a society when one day I looked around at the world and saw that you could order almost anything online and have it in two days, you could go to the store and get any product you wanted at any time of day, and you could order any food, almost any time of day, depending on where you were. Rent was $650 for a very nice two-bedroom, main-level apartment in a quiet part of town near a golf course. COVID knocked a lot of that out in pretty short order, but since that time, it has felt like we’ve been in free-fall, with skyrocketing inflation and prices and stagnating incomes.

It really hurt to realize that I make more now than my father did for much of my young life: I have no children and rent a one-bedroom apartment with my husband, who earns similarly generous wages. The difference is that my father was the single-income earner in our household (my mother was a stay-at-home wife for my entire life), and they had SIX CHILDREN. They own their home, and I remember my mother celebrating the day they finally paid off their credit card debts. Now I feel a little bitter about that. We don’t even have kids yet, and we have very little chance of owning a home anytime soon. Rent costs more than twice as much as it did ten years ago for half the space. Gas is feeling intolerable. And, as I opened this piece, I feel a great sense of loss for something I never got to have.

I do believe the idea of the American Dream that my peers and I grew up with is now dead. There’s simply too much against us. The white picket fence seems unaffordable. So what are we to do? I’m pragmatic, and I hate the idea of wasting time feeling sorry for myself.

I am here to encourage everyone reading this to begin to build a new American Dream.

It’s time for us to apply our stoic training and recognize that it’s not going to look like we expected it to. That is OK. We may need to grieve its loss, but it will be all right. It’s not going to be as easy as we thought it’d be, but we need to remember that nothing is guaranteed to anyone, and we are lucky/blessed to be alive. It is going to require a complete overhaul of our expectations, which, as mentioned earlier, stoicism teaches is about the only thing we truly control. That is actually really encouraging to know. I don’t control gas prices. I don’t control rent or food or the supply chain. I do control how I respond to those things, and after a terribly black-pilled day of paying bills, I’ve decided I’m ready to turn my frowny thoughts upside down and get myself oriented in the right direction, as Jordan Peterson would want me to. Frankly, we can either build a new dream or be absorbed by the Borg that is the WEF vision for the world – owning nothing and being happy, etc.

Well, I am not into that idea. And if you’ve read this far, I’m willing to bet you’re not, either.

So my challenge to you today is to dream up what a new vision might look like. Does it hold home-grown goods? Saving up just a little for some property? Buying bicycles to get short distances without being enslaved by high gas prices? Getting into fighting-fit shape? Teaching your kids some of the old skills our grandparents knew?

I think the loss of the Boomer’s American dream is our win. It’s time to go back to the way things were done when times were hard before, because we have had hard times in the past. The current American state is a cotton-candy dream that the most powerful monarch of 500 years ago could never have hoped to achieve… And instead of being grateful, we complain about all the good things we have. Time to get strong, and expect less of the world and plan to give more to our families and communities. We will need childcare, which we can help each other with. We’ll need ways to feed our babies. We’ll need true friends and firm allies.

The new American dream to me looks like small communities of people who mostly agree (sometimes to disagree) and who are pointed in the same direction: Toward survival, and toward a better, more peaceful world for their children. The new American dream is not big, fancy houses or nice cars. Forget the “things”: This is about focusing on what really matters, and frankly, I find that greatly refreshing.

Hard times are coming, but so are strong people. It’s time for us to become those strong people, and to raise them. That strikes me as a glorious American dream, and far more noble than the life of passive ease the Boomers envisioned. Let’s rise to this challenge of our generation. I know we have what it takes — or can find it within ourselves.

“Never let the future disturb you. You will meet it, if you have to, with the same weapons of reason which today arm you against the present.” (Aurelius) 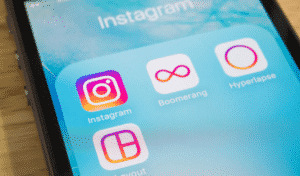