Lush Cosmetics, a company known for not shying away from activism, has announced that they will be deactivating their social media accounts until platforms begin to provide a “safer environment” for users’ mental health.

The press release added that going dark on social media is an “effort to address consumers’ mental health challenges. The brand’s global presence across these platforms will remain deactivated until the platforms take action to provide a safer environment for users. This new policy is rolling out across all 48 countries where Lush operates.”

“In the same way that evidence against climate change was ignored and belittled for decades, concerns about the serious effects of social media are barely being acknowledged,” the company’s statement said. “Lush, well known for being leaders rather than followers, has decided to address these serious issues now and to start by changing its own practices rather than waiting until others notice that there is actually a real problem.”

The press release pointed out that the company has previously attempted to get off of social media, but experienced “FOMO,” the fear of missing out, and could not follow through.

Lush sells skincare, haircare and bath products — but is perhaps best known for their bath bombs and bubble bath bars. They do not test on animals, all of their products are vegetarian, 95 percent are vegan and 42 come unpackaged to cut down on waste.

“As an inventor of bath bombs, I pour all my efforts into creating products that help people switch off, relax and pay attention to their wellbeing,” said Jack Constantine, Chief Digital Officer and Product Inventor at Lush. “Social media platforms have become the antithesis of this aim, with algorithms designed to keep people scrolling and stop them from switching off and relaxing.”

The brand said that they hope “that platforms will introduce strong best practice guidelines, and hopes that international regulation will be passed into law. But Lush can’t wait – the brand will take its own action to shield customers from the harm and manipulation they may experience whilst trying to connect with the brand on social media.”

“I’ve spent all my life avoiding putting harmful ingredients in my products. There is now overwhelming evidence we are being put at risk when using social media,” said Mark Constantine, OBE, Co-Founder, CEO and Product Inventor at Lush. “I’m not willing to expose my customers to this harm, so it’s time to take it out of the mix.” 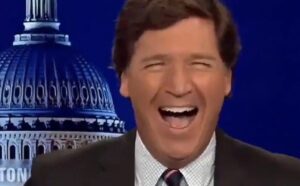