Anti-Trump Fox News contributors Jonah Goldberg, formerly of National Review, and Stephen Hayes, formerly of the Weekly Standard, have quit the network over Tucker Carlson’s documentary on the January 6 protest at the Capitol.

Carlson responded to their resignations by telling the New York Times that it was “great news” and that “our viewers will be grateful.”

Goldberg and Hayes are best known for pushing their brand of hawkish neoconservatism, though the former has been outspoken about his disdain for the term. Both pushed for the Iraq War.

According to a report from the New York Times, when Carlson’s documentary Patriot Purge premiered on October 27, Goldberg sent a text to Hayes saying, “I’m tempted just to quit Fox over this.”

“I’m game,” Hayes replied. “Totally outrageous. It will lead to violence. Not sure how we can stay.”

Goldberg told the paper that he and Hayes remained contributors at Fox because they believed that once former President Donald Trump left the White House, the network would ditch his brand of populism and “right the ship.”

“Patriot Purge” was “a sign that people have made peace with this direction of things, and there is no plan, at least, that anyone made me aware of for a course correction,” Goldberg said.

“Now, righting the ship is an academic question,” he continued. “The ‘Patriot Purge’ thing meant: OK, we hit the iceberg now, and I can’t do the rationalizations anymore.”

It was not just January 6 that left Goldberg upset with the direction at the network, he is also upset about their lack of support for vaccine mandates.

“Whether it’s ‘Patriot Purge’ or anti-vax stuff, I don’t want it in my name, and I want to call it out and criticize it,”  Goldberg said. “I don’t want to feel like I am betraying a trust that I had by being a Fox News contributor. And I also don’t want to be accused of not really pulling the punches. And then this was just an untenable tension for me.” 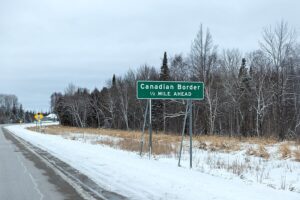