A lawsuit has been filed against Loudoun County Public Schools on behalf of eleven parents alleging “deliberate, egregious and systemic violation of parents’ rights.”

The Virginia district has become ground zero in the battle over Critical Race Theory and gender ideology in public schools.

On June 29, America First Legal, in an action through its Center for Legal Equality and with the assistance of the Binnall Law Group, sued Loudoun County Public Schools, Superintendent Scott Ziegler, several senior LCPS officials, and the Loudoun County Public School Board “for the district’s systemic and egregious moral corruption of children and its deliberate, and almost gleeful, violations of parental rights to control the upbringing of their children.”

The 49-page lawsuit outlines a laundry list of allegations against the district, including “requiring schools and teachers as a matter of policy to deceive parents and secretly promote and facilitate a child’s ‘gender transition,'” “using racial ‘balancing’ and quotas to favor some children at the expense of others,” and “illegally hiding information about school operations and curriculum from parents.”

The complaint also accuses the school district of “knowingly, systematically, and willfully taking advantage of the schools’ coercive power over children to impose a woke social, political, and psychological ideology and agenda, and thereby to shape and control student attitudes, beliefs, and behavior relating to, inter alia, human sexuality, equal rights, and the relationship between a parent and his or her child.”

“America First Legal, as part of our Center for Legal Equality, has uncovered a scandal in Loudoun County VA Public Schools that will chill parents to the marrow of their bones,” America First Legal President Stephen Miller said in a statement. “The extreme social gender experiments being forced onto small children are nothing short of government-directed child abuse and child sexual exploitation.”

Miller noted that “the earth-shaking accusations contained within this lawsuit include forcing little children — against their will — to share bathrooms with the opposite sex, to undress against their will in front of the opposite sex, to secretly transition children without parental notification (thus placing them on the road to irreversible chemical sterilization), to introduce and make available sexually explicit materials for minor children, and to try to force the silence of parents by attaching outrageous and exorbitant financial demands to requests for basic information.”

Unlawful conduct includes: secretly “gender transitioning” minor children, forcing students to share bathrooms with and locker rooms with the opposite sex against their will, the provision of sexually explicit and pornographic materials, as well as overt racial discrimination.

“These are mafia tactics from Loudoun schools, being used to sexualize and indoctrinate children as young as 5, all in the name of forcing radical gender ideology onto captive minors. If this was happening outside the context of a school, the adults engineering and sanctioning this madness would be under criminal investigation,” Miller continued.

According to AFL, the plaintiffs are seeking damages; a declaration LCPS is violating Plaintiffs’ constitutional rights and an injunction to prevent it from continuing to do so; the appointment of a special master to monitor LCPS and report to the court on its compliance with its legal obligations; and an order directing LCPS to pay for plaintiffs’ children’s education in a private school until LCPS ceases its unlawful activities.

The school district has been the subject of massive controversy, first for their heated school board meetings on Critical Race Theory and subsequently for the suspension of a gym teacher who refused to use students “preferred pronouns.”

It was later alleged that the district covered up two sexual assaults by a “gender fluid” student in girls restrooms at two different Loudoun County high schools.

The father of one of the teenage girls who was victimized, Scott Smith, was smeared as a “domestic terrorist” after he was arrested at a school board meeting for speaking out. The school board falsely claimed that there was “no record of assaults occurring in our restrooms.”

“To my knowledge, we don’t have any record of assaults occurring in our restrooms,” Superintendent Scott Ziegler claimed.

Reminder: the Loudoun County superintendent who tried to cover up the rape, said they had no record of it, and said the predator “doesn’t exist” has said he isn’t stepping down. https://t.co/EXWnsl1IWl

In October, 2021, a judge found the student guilty of sexual assault in the school. 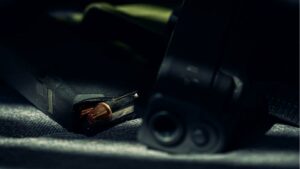