Publicly-accessible files with identifying information were included on the state Department of Justice’s 2022 Firearms Dashboard Portal, which went live that day. The files, which could be downloaded through a button on the graphics, included gun owners’ names, addresses, and dates of birth, according to reporting by The Reload.

California appears to have leaked the names, addresses, and ages of every person in the state who holds a concealed carry permit. That includes judges, cops, and regular civilians.

I was able to review the Los Angeles data and it’s extensive. https://t.co/uiooUyFv5A

The report showed 2,891 individuals in Los Angeles with standard firearm licenses had their personal information compromised by the leak.

Shortly after news of the leak broke, the California Rifle & Pistol Association (CPRA) wrote on Twitter, “BREAKING: In the aftermath of the NYSRPA ruling, the CA AG’s office has ‘accidentally’ released personally identifying information about all CA CCW holders. Much more to come on this!”

BREAKING: In the aftermath of the NYSRPA ruling, the CA AG’s office has “accidentally” released personally identifying information about all CA CCW holders. Much more to come on this! pic.twitter.com/BNNfRAk72p

The gun rights organization was referencing a recent Supreme Court decision in New York State Rifle and Pistol Association v. Bruen. New York’s firearm licensing laws required anyone who wanted to carry a concealed gun outside of their home to show “just cause” in order to be approved for a license. The Court, in a 6-3 ruling, deemed this to be unconstitutional. California was among seven states that had this restriction in place.

CRPA also said it was considering pursuing legal action against the state.

The state AG’s office confirmed the leak did occur and said they were addressing the matter internally.

The website link to the state’s firearms report was disabled shortly after the leak was reported. 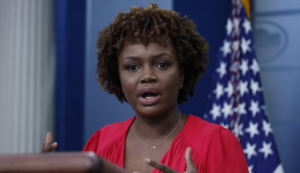