Loesch: GOP Should Have Prepared For Speaker Vote

Conservative Radio and television Host Dana Loesch is excoriating some congressional Republicans for not having any other candidates lined up as they oppose the bid of Rep. Kevin McCarthy for Speaker of the U.S. House of Representatives.

McCarthy failed to secure enough votes from Republicans in three separate rounds of voting, with 19 members of his own party rejecting him in the first two rounds, and 20 voting against him in the third.

According to Loesch, Republicans who oppose McCarthy should have weighed their options and prepped viable candidates weeks ago.

“‘We need change!’ say House members who didn’t prepare for it,” Loesch said in an article posted to Substack, referring to the GOP representatives who have so far declined to vote for McCarthy.

“‘We’re tired of the status quo!’ say those members who didn’t apparently believe in it enough to have another contender at the ready. This isn’t rocket science. It’s not like House Republicans were hit with a surprise Speaker vote on the first day,” she added. “We’ve known that this happens, and must happen before the business of the House begins, for over a century. I lay a number of issues at McCarthy’s feet but his opposition’s lack of preparedness isn’t one of them.”

The battle over the Speaker’s gavel highlights the growing divide among Republicans viewed as more sympathetic to the establishment and others content with being disruptors to the status quo.

Yet, despite how noble or loyal to their constituents’ wishes opponents to McCarthy’s Speakership might be, those voting “no” should have already been prepared to offer up a viable alternative, Loesch argues.

“I just think if you’re going to challenge the speaker race you should have a strong contender and not be squabbling over who THE DAY YOU’RE SEATED,” she wrote on Twitter. “ This is a ****show. GOP had a great opportunity to burst into the chamber and get to work but now this drama.”

I just think if you're going to challenge the speaker race you should have a strong contender and not be squabbling over who THE DAY YOU'RE SEATED. This is a ****show. GOP had a great opportunity to burst into the chamber and get to work but now this drama.

As Republicans navigate the decision over who to choose as Speaker, reports have surfaced suggesting discussions are taking place for a “coalition arrangement” where leadership of the House would be split between Democrats and Republicans.

Republican firebrand Rep. Marjorie Taylor Greene calls the arrangement “Russian roulette” and “the worst thing that could possibly happen” after Republicans won control of the House.

If the base only understood that 19 Republicans voting against McCarthy are playing Russian roulette with our hard earned Republican majority right now.

This is the worst thing that could possibly happen. https://t.co/ncY6GgGIM1 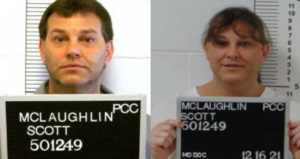