A convicted rapist and murderer who began identifying as transgender while on death row was executed despite efforts to persuade Missouri Governor Mike Parson to intervene.

Amber McLaughlin – born Scott McLaughlin — was convicted in November 2006 for the rape and murder of Beverly Guenther, McLaughlin’s ex-girlfriend, in 2003. McLaughlin, who was due in court on domestic violence charges filed by Guenther, ultimately confessed to the fatal stabbing during two recorded interviews and led police to Guenther’s body.

McLaughlin was previously convicted of raping a 14-year-old girl and was a registered sex offender.

After the trial jury deadlocked during sentencing, a judge sentenced McLaughlin to capital punishment. A new sentencing hearing was ordered in 2016 and the death penalty was ultimately reinstated in 2021.

Federal public defender Larry Komp said the 27-page clemency appeal filed on his client’s behalf focused on childhood abuse suffered by McLaughlin that was not discussed at trial. Komp said McLaughlin’s transgenderism was “not the main focus.” The appeal said McLaughlin had been abused by foster parents, suffered depression, and had attempted suicide on multiple occasions.

The Missouri Democratic LGBTQ+ Caucus issued a statement of condemnation the day before McLaughlin’s execution.

“We resoundingly reject the violence in executing a member of the LGBTQIA+ community during a time of increased attacks and hateful rhetoric across America,” the caucus wrote. “Missouri should protect the welfare and dignity of all citizens, instead of perpetuating state-sanctioned violence against marginalized communities lacking fundamental resources like healthcare and safe social services for children in the foster system.”

United States Representatives Cori Bush and Emmanuel Cleaver publicly called on Parson to halt the execution, which took place on Jan. 3. In their Dec. 27 letter, the two Missouri officials cited their religious opposition to the death penalty as well as the significance of McLaughlin’s “persistent mental turmoil” caused by undiagnosed gender dysphoria.

Bush and Cleaver said the execution would be “the state’s first use of the death penalty on a woman since the U.S. Supreme Court reinstated capital punishment in 1976.”

“It would not solve any of the systemic problems facing Missourians and people all across America, including anti-LGBTQ+ hate and violence, and cycles of violence that target and harm women,” the legislators wrote.

After McLaughlin’s execution, Bush denounced Missouri for choosing to “uphold violence over mercy.” Cleaver has not issued any further public comment.

Parson did not grant McLaughlin clemency.

“McLaughlin’s conviction and sentence remain after multiple, thorough examinations of Missouri law. McLaughlin stalked, raped, and murdered Ms. Guenther. McLaughlin is a violent criminal,” Parson said in a Jan. 3 statement. “Ms. Guenther’s family and loved ones deserve peace. The State of Missouri will carry out McLaughlin’s sentence according to the Court’s order and deliver justice.”

The governor’s office added that “McLaughlin’s culpability in Ms. Guenther’s murder has never been in question” and that the “Missouri courts have found no issue in the application of Missouri law to McLaughlin, and federal appellate courts have maintained as much.” 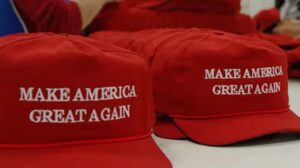