The women met at Balmoral Castle in Scotland on Sept. 6, where the monarch is now residing due to ongoing mobility issues. This is the first time this transfer of power has taken place outside the queen’s residence at Buckingham Palace.

Truss is the third female prime minister in British history. Born Mary Elizabeth Truss in Oxford in 1975, the politician is the daughter of a nurse and mathematics lecturer, both of who she has described as “to the left of Labour.” She attended state schools and then Oxford University where she was involved with the Liberal Democrats. She registered as a member of the Conservative Party two years after graduating.

While Theresa May served as Prime Minister, Truss served as Lord Chancellor before acting as International Trade Minister.

Members of the ruling Conservative Party elected truss over Rishi Sunak, the other top contender for the office, following a 57% to 43% vote in the Tory Party’s closest leadership election. Although they disagreed on economic policies, the former chancellor said he intends to support Truss and will seek election as an MP, per the BBC.

During her victory speech on Sept. 5, Truss said it was “an honour to be elected as leader of the Conservative and Unionist Party” and paid tribute to Sunak for the “hard-fought campaign” that showed “the depth and breadth of talent in [the] Conservative Party.”

Truss is taking over from Boris Johnson, whom she thanked in her speech and referred to as her friend.

“Boris, you got Brexit done. You crushed Jeremy Corbyn. You rolled out the vaccine, and you stood up to Vladimir Putin. You are admired from Kyiv to Carlisle,” she said.

Johnson resigned on July 7 after a number of his cabinet members resigned.

Johnson delivered his farewell address outside of No. 10 Downing Street on the morning of Sept. 6.

“The baton will be handed over in what has unexpectedly turned out to be a relay race – they changed the rules halfway through, but never mind that now,” Johnson said. “And through that lacquered black door, a new prime minister will shortly go to meet a fantastic group of public servants — the people who got Brexit done, the people who delivered the fastest vaccine rollout in Europe and never forget 70% of the entire population got a dose within six months, faster than any comparable country.”

“I am like one of those booster rockets that has fulfilled its function,” said the former mayor of London. “I will now be gently re-entering the atmosphere and splashing down invisibly in some remote and obscure corner of the Pacific.’’

Johnson said he will be “offering this government nothing but the most fervent support” because “this is a tough time for families up and down the country.”

“It’s time for us all to get behind Liz Truss and her team and her programme and deliver for the people of this country because that is what the people in this country want,” said Johnson.

During his final hours in the residence, Johnson had “bacon sandwiches with his wife, Carrie, and some of his closest aides and MPs, including Nadine Dorries and Jacob Rees-Mogg,” reports The Guardian.

The majority of Johnson’s aides are expected to be dismissed and replaced by Truss.

Editor’s Note: A previous version of this article referred to Truss’ position as Lord Chancellor as “the top economic position in the nation.” This description offers only a partial description of the role Truss held and has been corrected. 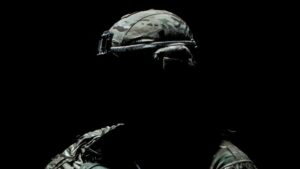