Chile’s narrow support for a right-wing presidential candidate was one in a series of election night surprises.

The South American country, once considered one of the region’s most stable nations, has struggled in recent years with social unrest, economic hardship, and political turmoil. During 2020, amind the COVID-19 pandemic, violent clashes broke out between police and separatist indigenous groups in southern Chile. Following a two-year trend, the people elected a largely far-left government that rewrote the nation’s constitution with the support of 78% of the 7.5 million people who voted.

Despite the established pattern, former congressman Jose Antonio Kast had won nearly 28% of the votes during the Nov. 2021 election, meaning an ultra-conservative may take control of the national government.

As part of his campaign, Kast pledged to address illegal immigration and take a hard-line stance on crime.

“Kast’s unexpected victory is a reaction to the crisis produced by violent protests that started in October 2019, driven by demands for higher salaries, improved pensions, and greater state participation to level the economic field,” per the National Catholic Register.

His left-wing challenger, lawmaker Gabriel Boric, received 25.8% of the votes. The 35-year-old had openly supported the constitutional rewrite.

His campaign platform was described by The Guardian as “feminist, green and progressive” with “strong support among young, middle-class, university-educated Chileans” in the urban capital that has not “seeped into other demographics.”

Both candidates will now compete in a runoff election because neither was able to secure the necessary 50% to win.

The candidates are now dependent on votes from outside of their traditional political base.

It remains to be seen who will be able to successfully court supporters of Franco Parisi, a libertarian economist who claimed 12.8% of the vote.

He did not set foot in Chile during the campaign and resides in Alabama. He did not travel due to an on-going child support dispute with his ex-wife.

His supporters are largely young, lower-middle-class men from outside of Santiago, the nation’s capital.

“The Parisi voter is neither on the Left nor the Right,” said Guillermo Holzmann, a professor at the University of Valparaiso told Reuters. “This is a vote that will need a lot of analysis.”

According to Reuters, “observers say his supporters are more anti-establishment than left-leaning or conservative, which makes it hard to predict where their votes will go in the run-off. “

A spokesman for Parisi, Juan Marcelo Valenzuela, told Chile’s Radio Bio-Bio that the economist did not plan to endorse either candidate during the run-off. An Activa Research poll indicated in early November that those who would vote for Parisi tend to favor Boric in a theoretical second round. However, the difference was well within the margin of error.

The runoff election is set for Dec. 19. 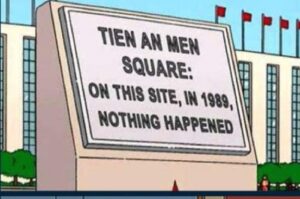