Disney has caved to pressure from the Chinese Communist Party and removed an episode of The Simpsons that mocked their censorship from streaming in Hong Kong.

Episode 12 of season 16, titled, “Goo Goo Gai Pan,” which originally aired in 2005, was not available on Disney Plus when the service rolled out in Hong Kong this month.

Episode 12 of Season 16 of The Simpsons is missing from the newly-launched Disney+ streaming platform in Hong Kong. The episode references Chairman Mao and the Tiananmen Massacre. HKFP has reached out to Disney for comment. pic.twitter.com/ecXXiwae70

In the episode, the Simpsons visit the mummified body of Mao Zedong, the former chairman of the Chinese Communist Party. Homer Simpson then refers to him as “a little angel that killed 50 million people.” There is also a sign in Tiananmen Square stating “on this site, in 1989, nothing happened.”

On June 4, 1989, troops with tanks and rifles massacred protesters, many of whom were students, who were trying to stop the advancement of the People’s Liberation Army into Tiananmen Square. Information about this bloody day has been heavily censored and supressed by the Chinese Communist Party ever since it happened.

“Basically, the whole story is for streaming companies to be more tailored to a Chinese audience and to not offend the Chinese government,” he continued. “This is likely to continue in the future with more companies with financial interests in China.” 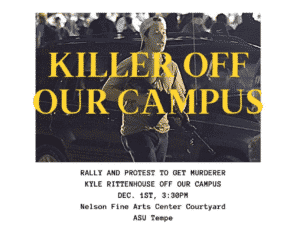