An LGBTQ pride flag hanging on Virginia Tech’s religious center was taken down and swapped with a Confederate flag.

A second Confederate flag was discovered at the back of the building.

Campus minister Bret Gresham told NBC News it was the third time a rainbow flag was stolen in two weeks.

Gresham said The Wesley Center has displayed a Pride flag for years and keeps extras on hand should one need to be replaced. He says he noticed the latest vandalism Saturday morning and reported it to the Blacksburg Police Department.

“My No. 1 concern is the students and making sure they feel they have a safe environment to come, to live out their faith and be affirmed in who they are,” he said.

In a statement on its website regarding the vandalism, Virginia Tech said it “strongly rejects all forms of prejudice and discrimination and condemns deliberate, hateful actions. We were personally deeply saddened to learn about an act of vandalism against a ministry in our community. This incident does not reflect who we are at Virginia Tech and the Principles of Community that guide us. We fully support Blacksburg Police in their effort to investigate this matter and encourage anyone in the community with information to come forward.”

The statement included a list of resources available to “anyone in the university community who needs assistance or counseling as a result of this incident.” The school’s Women’s Center, housing office, and counseling center were among the included resources.

The New York Post says the “Stars and Bars”  are “commonly used as a white supremacist symbol.”

On Twitter, Gresham called the confederate flags a “hate crime”

@jivory we did not put this up. We have reported this as a hate crime. They tore down our pride flag and put two confederate flags up in its place. #hatecrime https://t.co/NN324RPKjE

The Virginia Tech Wesley Center removed a photo of the confederate flag they had previously posted to their Twitter out of concern it would harm other students. 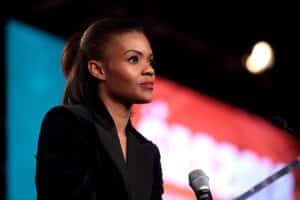