The ad was for Pennsylvania senate candidate David McCormick, an establishment Republican who previously worked in the George Bush administration and has praised President Joe Biden.

The rallying cry was born after NBC Sports reporter Kelli Stavast claimed that the crowd at Talladega Superspeedway in Alabama was chanting “let’s go Brandon” in support of NASCAR driver Brandon Brown — when in reality, they were chanting “f-ck Joe Biden.”

The ad takes aim at Biden for inflation, the sloppy withdrawal from Afghanistan, illegal immigration, and the US trade deficit. It concludes with the note, “”This is so much bigger than Brandon.”

McCormick is a former hedge fund CEO who was the Under Secretary of the Treasury for International Affairs for the George W. Bush administration. In 2019, he married Dina Powell, an executive at Goldman Sachs.

“Dave McCormick has been quoted bashing populism, celebrating skilled immigration and even warning about the potential drawbacks of an ‘America First’ mindset. A former hedge fund CEO, he’s overseen more than $1 billion in investments in China,” Politico recently reported.

McCormick was an outspoken supporter of Jeb Bush during the 2016 election. He has praised Biden, saying that he really appreciates his “tone” and previously accused Trump of being “divisive.”

He has not lived in Pennsylvania since 2005. The political hopeful has been accused of outsourcing jobs when he was CEO of a Pittsburgh company called Freemarkets. He has denied the allegations, saying “we had a global company that was building and growing in other parts of the world. The jobs that were eliminated in Pittsburgh had nothing to do with jobs in India.” 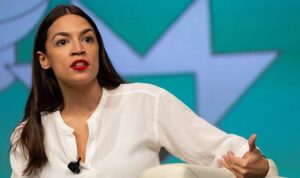