A collection of Republicans have urged the Supreme Court to maintain a federal judge’s order that stopped the federal government from using a metric known as “social costs” when evaluating climate change.

The lawmakers, representing at least 10 energy-producing states, argue that the measure will harm their economies.

“The Estimates are a power grab designed to manipulate America’s entire federal regulatory apparatus through speculative costs and benefits so that the Administration can impose its preferred policy outcomes on every sector of the American economy,” the state officials wrote in their brief filed on April 28.

Social Costs refer to the potential damage greenhouse gas emission may cause due to pollution. When used to estimate energy costs, the metric adds a dollar value for every additional ton of greenhouse gas released to compensate for the predicted damage, including rising sea levels and recurring droughts.

U.S. District Judge James Cain of the Western District of Louisiana ruled in February that using the metric could impede state revenue and drive up the price of energy.

Judge Cain issued an injunction that prevented the Biden administration from using social cost in its evaluation of pricing. In his decision, the judge wrote that using the social cost metric would “artificially increase the cost estimates of lease sales.”

Through an executive order, “President Joe Biden on his first day in office restored the climate cost estimate to about $51 per ton of carbon dioxide emissions after the Trump administration had reduced the figure to about $7 or less per ton,” reports ABC News. “Former President Donald Trump’s estimate included only damages felt in the U.S. versus the global damages captured in higher estimates that were previously used under the Obama administration.”

The effort to prevent the use of social cost has been led by Jeff Landry, the Attorney General of Louisana.

“Agriculture, energy, and virtually every other manufacturing industry is at stake; and today, a federal judge in Louisiana recognized that the federal government does not have this reach,” Landry said in a statement at the time of Cain’s injunction

The injunction was halted by the U.S. Court of Appeals for the 5th Circuit in New Orleans in March. The court said the claims were “largely hypothetical, coming from potential regulations that may happen rather than actual harm,” per The Hill.

“We are disappointed in the 5th Circuit’s decision and we will appeal to the Supreme Court,” Landry’s office wrote in a statement to E&E News. “Attorney General Landry will continue fighting the Biden Administration’s attempts to inject the government into the everyday lives of Americans.” 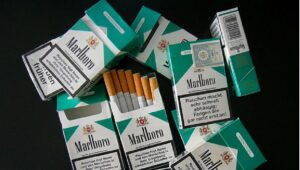