The Food and Drug Administration has proposed a ban on menthol cigarettes and cigars — an act which activists have long debated being potentially harmful to black communities.

Under the new proposal, which was  announced on Thursday, menthol would be considered a “characterizing flavor in cigarettes” and banned. The prohibition would also apply to all flavored cigars.

Menthol tobacco currently makes up approximately one-third of cigarette purchases and is favored by black smokers. According to the Centers for Disease Control and Prevention, 85 percent of black smokers prefer menthol.

When a ban was being discussed by the U.S. Food and Drug Administration earlier this year, they argued that it would help to address and reduce “racial health disparities in tobacco-related diseases and death.” There are fewer black smokers than white in America and they tend to start smoking later in life, but they are more likely to die from smoking-related diseases including heart disease, cancer and strokes.

“The public health gain is enormous,” Matt Myers, president of the Campaign for Tobacco-Free Kids, said of a menthol ban, according to Capital B News. “There’s no single action that the federal government can take that will more rapidly and more effectively reduce the health disparities that exist in the United States today.”

In 2009, Congress prohibited flavored cigarettes, but asked for a study on menthol and did not include it in the ban.

“The FDA did more research and found that menthol, which is similar to mint, is the most insidious of all flavors. Like candy and fruit flavorings, menthol masks the unpleasant taste of tobacco. Unlike those other flavors, however, menthol cigarettes have anesthetic properties that mask the abrasiveness of tobacco smoke and induce users to inhale more deeply, increasing their exposure to the harmful chemicals in the smoke, which some researchers believe increases addiction,” the Los Angeles Times reported last year.

Some worried, however, that this would lead to more policing of black neighborhoods.

The American Civil Liberties Union, for example, has opposed a ban. They argue that it could have “serious racial justice implications.”

“At this pivotal moment, as the public demands an end to police violence erupting from minor offenses, we call on the Biden administration to rethink its approach and employ harm reduction strategies over a ban that will lead to criminalization,” Aamra Ahmad, senior legislative counsel with the American Civil Liberties Union, wrote in a statement. “It is now clear that policies that amount to prohibition have serious racial justice implications.”

The organization points to Eric Garner, a black man who was killed by New York City police in 2014 after being busted selling illegal single cigarettes on the street.

It is important to note that the ACLU has a history of accepting large amounts of money from the tobacco industry.

Garner’s mother, Gwen Carr, has also been outspoken in opposition of a ban.

“A new law would criminalize menthol cigarettes, which black people smoke almost exclusively, giving police officers another excuse to harass and harm any Black man, woman or child they choose,” Carr said in a short video about the proposed ban. “A bad law has consequences for mothers like me.”

Race activist Rev. Al Sharpton has also come out in opposition of a ban.

“How could anybody ignore interactions between police [and the Black community] if they’re increased because of a ban?” Sharpton said in an interview with The Hill. “If a policeman sees a guy standing on the corner smoking a Kool, he’s asking ‘Where did you get that from?’ and that will lead to interaction.”

The move is not unprecedented and has shown positive outcomes in other places, including Canada, where menthol cigarettes were banned in 2017.

According to a study conducted after the ban, the removal of menthol from the market caused a nearly five percent drop in sales of cigarettes across the board as people began to quit.

These findings have no doubt motivated and inspired American policy-makers.

“The proposed rules would help prevent children from becoming the next generation of smokers and help adult smokers quit,” Health and Human Services Secretary Xavier Becerra said in a statement on Thursday. 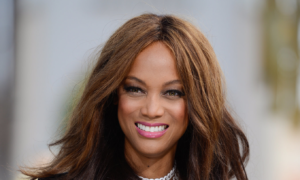