Last 747 Completed Ahead of Boeing’s Relocation To Virginia

It is the end of an era for aerospace and defense manufacturer Boeing as the last 747 airplane leaves its Washington state factory as the company moves closer to Washington, DC.

Not only will the company no longer produce the jumbo jet, but it will also move its corporate headquarters from Chicago to Virginia.

“For more than half a century, tens of thousands of dedicated Boeing employees have designed and built this magnificent airplane that has truly changed the world,” Kim Smith, Boeing Vice President and general manager, 747 and 767 Programs, said in a Dec. 6 statement. “We are proud that this plane will continue to fly across the globe for years to come.”

Boeing began in the Seattle area and operated several facilities across Washington, including in Renton, Auburn, Frederickson, and Everett, where the last 747 is being manufactured. Boeing also operates assembly plants in South Carolina. Despite changes to its business, the company has stressed its commitment to its state of origin.

“Boeing is committed to Washington state and has invested billions of dollars in our future here,” according to the company’s website. “That commitment extends from helping educate the next generation of aerospace workers to implementing innovative changes in our Renton factory to facilitate future production of the 737 MAX. It also includes expansion of our delivery centers in Everett and Seattle and construction of massive new buildings to house, cutting edge technologies being developed for the 777X.”

However, Boeing announced in May that it would leave its Chicago headquarters for Arlington, Virginia.

According to The New York Times, the chosen location’s proximity to the nation’s capital “underscores the importance of the federal government and its regulatory bodies to Boeing, which is a leading military contractor as well as a major manufacturer of commercial aircraft.”

Boeing has reportedly had a strained relationship with the Federal Aviation Administration following several deadly crashes in 2018 and 2019 involving the 737 Max, the company’s best-selling airplane. The FAA took two years to approve modifications to the plane’s design. During that time, the 737 Max was not permitted in the air.

When it was unveiled in 1969, the 747 was the world’s largest commercial aircraft. The first model of the plane took 50,000 employees 16 months to complete. In the 50 years since its creation, the company has made just over 1,570 models of the plane.

The 747 can carry 500 passengers. It has also been used as a cargo plane and for Air Force One.

“Delta was the last U.S. airline to use the 747 for passenger flights, which ended in 2017, although some other international carriers continue to fly it, including the German airline Lufthansa,” reports AP News.

But the model’s popularity has declined following the release of a more fuel-efficient and profitable two-engine, widebody model from Airbus

Cargo carrier Atlas Air was the last company to order a 747 from Boeing. The 747-8 Freighter will be delivered to the company in early 2023. 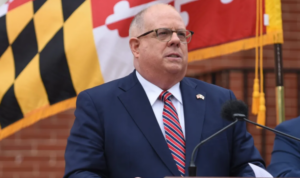