Judge Ketanji Brown Jackson will be sworn in as a Supreme Court Justice on Thursday afternoon.

Retiring Justice Stephen Breyer, 83, whose seat Jackson will be filling, will be officially leaving his position on the court at noon after serving for 28 years.

Jackson, 51, previously served as a clerk for Justice Breyer.

Once sworn in, Jackson will be joining Justices Sonia Sotomayor and Elena Kagan to make up the liberal minority. She will become the first black woman to serve on the Supreme Court.

Republicans have been critical of Jackson for being “soft on crime,” particularly due to her lenient sentencing in 100 percent of child pornography cases that she has presided over.

Jackson has presided over a total of eight child-porn cases and she cut the recommended sentence nearly in half in each case.

“Over and over, the records reveal, Jackson made excuses for the sex fiends’ criminal behavior and cut them slack in defiance of investigators and prosecutors — and sometimes even probation officers serving her court — who argued for tougher sentences because the cases were particularly egregious or the defendants weren’t remorseful,” the New York Post reported of the sentencings.

However, Republican Senators Susan Collins, Lisa Murkowski, and Mitt Romney joined all 50 Democrats in confirming Jackson to the court.

Sen. Murkowski said she was voting with the Democrats as a “rejection of the corrosive politicization of the review process for Supreme Court nominees.”

The Hill notes that Jackson’s “nomination culminates a meteoric rise through the federal judiciary following less than two years on the D.C. Circuit Court after spending eight years as a federal district judge in D.C.”

“Progressives touted other items on her resume, including her tenure as the vice chair of the U.S. Sentencing Commission during Barack Obama’s presidency and the two years she spent as a federal public defender in D.C.,” the report added. 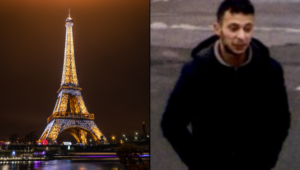