'We Must Audit The Fed And Restore Transparency And Fiscal Sanity To Our Nation’s Checkbook!' Said Kentucky Senator Rand Paul

“This bill is authorized by Article 1, Section 8 of the Constitution, which gives Congress the power ‘to coin money, regulate the value thereof, and of foreign coin, and fix the standard of weights and measures,” and “to provide for the punishment of counterfeiting the securities and current coin of the United States,'” reads Massie’s reintroduced Federal Reserve Transparency Act (HR 24).

“It’s official!” Massie wrote in a tweet. “I just reintroduced my bipartisan bill to audit the Federal Reserve, HR 24.”

“We must audit the Fed and restore transparency and fiscal sanity to our nation’s checkbook!” Kentucky Senator Rand Paul wrote in a quote tweet.

The American people benefit when we work to increase government transparency. #auditthefed (2/2)

“I am PROUD to cosponsor my friend [Thomas Massie’s] bill to audit the federal reserve!” said Alabama representative Barry Moore. “American taxpayers deserve transparency and accountability in government. Passage of this bill would be a monumental step in that direction.”

“Thank you for your leadership, Thomas!”

The bill also directed the Comptroller General to complete an audit of the Board of Governors of the Federal Reserve System and of the federal reserve banks by the end of 2010 and provide a detailed report to Congress, though it died in committees shortly after. 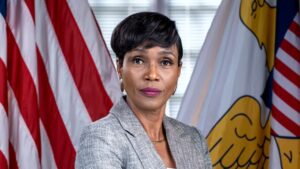