Organizations would be limited to posting bail for inmates being held on a $5,000 bond

The Kentucky House passes a bill restricting the maximum amount of bail charitable organizations can post on behalf of an inmate.

If adopted, charitable organizations can only post bail for inmates who are being held with a bond no higher than $5,000.

Republican State Representative John Blanton is the lead sponsor of House Bill 313. He introduced the measure after the Louisville Community Bail Fund paid a $100,000 cash bond for Quintez Brown, who has been charged with the shooting of Louisville mayoral candidate Craig Greenberg.

Brown, 21, entered Greenberg’s campaign headquarters on Feb. 14 and fired several shots from a 9mm Glock handgun. While Greenberg’s clothing was grazed by a bullet, no one was injured in the incident.

He was charged with attempted murder and four counts of wanton endangerment. He pleaded not guilty on Feb. 15. A lawyer for Brown agreed he would undergo a psychiatric evaluation.

A former Black Lives Matter activist, Brown went missing for two weeks in 2021. His family released a statement through the organization on July 1 saying he had been found and that they were addressing his  physical, mental and spiritual health” privately.

“He needs to get mental health support,” Chanelle Helm, the co-founder of Black Lives Matter in Louisville, told The New York Post following the shooting. Helm said Brown had been involved with the organization since he was 16.

While speaking to the house, Blanton said the Louisville Community Bail Fund had “no guardrails” and was “indiscriminately going and bailing people out.”

House Bill 313 had been named Madelynn’s Law for Madelynn Trout, a teenager who was killed when her car was hit by a drunk driver on March 1, 2021. The driver, Michael DeWitt, who driving a stolen vehicle, was released from custody after the Louisville Community Bail Fund paid his $5,000 bail.

In addition to capping the bail charitable organizations can provide, the bill bans organizations from paying the bail of a person charged with domestic violence. Charitable bail organizations must also keep an annual report detailing their activities. The report must be filed by Oct. 31 with the state’s Interim Joint Committee on Judiciary as well as making it available to the public.

“Don’t fix a broken legal system on the backs of poor people,” Stevenson said during the debate. “If we need a constitutional amendment so that we can have bail not be set, then let’s do that.”

Under state law, “it would take a constitutional amendment on the ballot in order to allow judges to detain defendants without bail if they pose a grave danger,” per WHAS11.

Following the 76-19 vote on March 1, the bill moves to the Senate for approval. 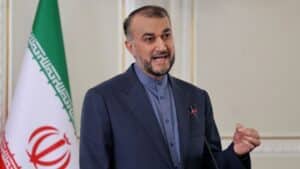