The January 6th Committee has filed court documents that accuse former President Donald Trump and some of his allies of engaging in “a criminal conspiracy to defraud the United States” by allegedly attempting to stop President Joe Biden’s election certification.

The filing additionally accuses them of “obstructing an official congressional proceeding,” referring to the counting and certification of electoral votes.

The allegations were made in California federal court where the Committee is fighting conservative lawyer John Eastman’s refusal to turn over thousands of emails requested by the panel. He is accused of having a role in trying to convince Vice President Mike Pence to reject electors from multiple states.

Eastman has cited attorney-client privilege for his refusal to cooperate. The Committee claims that the protection is void if he was helping Trump to engage in criminal acts.

“The Select Committee also has a good-faith basis for concluding that the President and members of his Campaign engaged in a criminal conspiracy to defraud the United States,” the filing, obtained by the Washington Post, reads.

The filing also says that the Committee has “good-faith belief that Mr. Trump and others may have engaged in criminal and/or fraudulent acts” and that the lawyer was “used in furtherance of those activities.”

The facts we’ve gathered strongly suggest that Dr. Eastman’s emails may show that he helped Donald Trump advance a corrupt scheme to obstruct the counting of electoral college ballots and a conspiracy to impede the transfer of power.

“As the courts were overwhelmingly ruling against President Trump’s claims of election misconduct, he and his associates began to plan extra-judicial efforts to overturn the results of the election and prevent the President-elect from assuming office,” the filing added. “At the heart of these efforts was an aggressive public misinformation campaign to persuade millions of Americans that the election had in fact been stolen. The President and his associates persisted in making ‘stolen election’ claims even after the President’s own appointees at the Department of Justice and the Department of Homeland Security, along with his own campaign staff, had informed the President that his claims were wrong.”

The Committee does not have the authority to initiate criminal proceedings, and their assertions do not require the Justice Department to act.

“The Select Committee’s brief refutes on numerous grounds the privilege claims Dr. Eastman has made to try to keep hidden records critical to our investigation. The Select Committee is not conducting a criminal investigation. But, as the judge noted at a previous hearing, Dr. Eastman’s privilege claims raise the question whether the crime-fraud exception to the attorney-client privilege applies in this situation. We believe evidence in our possession justifies review of these documents under this exception in camera. The facts we’ve gathered strongly suggest that Dr. Eastman’s emails may show that he helped Donald Trump advance a corrupt scheme to obstruct the counting of electoral college ballots and a conspiracy to impede the transfer of power,” Chairman Bennie G. Thompson and Vice Chair Liz Cheney said in a joint statement on Wednesday. “We look forward to the Court’s review of our filing as the Select Committee’s investigation moves forward.”

According to the Post’s report, Eastman has submitted approximately 8,000 pages of emails but is withholding roughly 11,000 more. 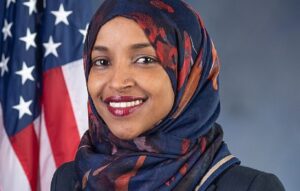