Hobbs was asked how her border policy would differ from current Arizona Governor Doug Ducey.

“Arizona has certainly borne the brunt of decades of inaction from both parties in Washington,” Hobbs told CNN. “We need real action on immigration reform. We need real border security,” Hobbs said before criticizing Ducey’s moves transporting illegal immigrants to Washington D.C. along with placing shipping containers along the border as “political stunts at the expense of taxpayer dollars.”

The Secretary of State suggested providing “meaningful relief” for border communities experiencing crime as a result of relaxed border control.

“I have a border plan that’s been endorsed by two border sheriffs,” Hobbs continued. “It’s one of the things that’s at the top of my agenda to talk to the President about in terms of bringing real security to our state and the border.”

“I don’t think [the Biden administration] is doing enough,” Hobbs said. “I would love to have them visit and see first-hand the kind of support and relief that folks in these communities need from the federal government.”

“This kind of political rhetoric, these false accusations, they need to stop. Because many people across the state of Arizona and across the country are being misled by these so-called political leaders,” said Hobbs of Lake and critics of election security. “And their rhetoric is dangerous and it’s leading to threats and violence and it needs to stop.”

Last Monday, Hobbs was projected to defeat Lake for Arizona Governorship. However, on Saturday, Arizona’s Attorney General’s office opened inquiry into the state’s handling of the 2022 midterm election.

“As the canvass is looming, and these issues relate to Maricopa County’s ability to lawfully certify election results – the Unit requests a response to the aforementioned issues on or before Maricopa County submits its official canvass to the Secretary of State, which must occur on or before November 28, 2022,” assistant Attorney General Jennifer Wright wrote in a letter to the Civil Division Chief.

“Arizonans deserve a full report and accounting of the myriad problems that occurred in relation to Maricopa County’s administration of the 2022 General Election,” Wright wrote.

“Would you get on a plane if half of the engines didn’t work?” Lake asked on Monday, addressing voting irregularities during Arizona’s midterm election. “Would our friends in the media be able to broadcast their nightly propaganda if half of their studio equipment was not working?”

“The 2022 general election in Arizona was botched and broken beyond repair. Thankfully, the Attorney General’s office is demanding answers from Maricopa County,” Lake continued in reference to the AG office’s Saturday letter. “Attorney General Mark Brnovich is taking the first steps necessary to remedy this assault on our democracy.”

“Whether done accidentally or intentionally it is clear that this election was a debacle that destroyed any trust in our elections. … I will continue fighting until we restore confidence and faith in our elections.” 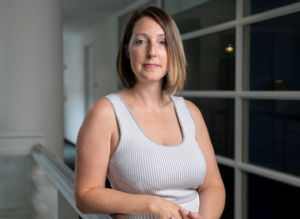