The case made national headlines in the wake of the end of Roe v. Wade

The Indiana physician was part of a child sexual abuse case that captured national headlines in the wake of the Supreme Court’s June 24 decision to overturn Roe v. Wade.

The girl lives in Ohio and was 9 years old at the time of the rape. A 27-year-old illegal immigrant, Gerson Fuentes, who was living in her mother’s apartment was arrested after confessing to the police. DNA tests of the fetus also confirmed he had fathered the child. Fuentes pleaded not guilty on July 28.

The girl’s mother took her to Indiana to obtain an abortion because she was too far along under Ohio’s abortion laws which prevent abortion after six weeks of pregnancy or when a fetal heartbeat is detected. The law went into effect when Roe was overturned.

The mother told Telemundo that everything being said against Fuentes was a lie and that she had not filed charges against him.

In the wake of the Supreme Court decision, Bernard told The Indianapolis Star about the child’s case. The story was subsequently picked up and amplified nationwide.

“President Joe Biden highlighted the case as proof of the evils of anti-abortion legislation following the Supreme Court’s decision to end the right to an abortion at the federal level nearly 50 years after the landmark Roe v. Wade decision,” per The New York Post.

Indiana Attorney General Todd Rokita previously said his office was working to determine if Bernard followed abortion reporting laws. During an interview with Jesse Watters, Rokita said his office was “gathering information” and was wary of Bernard’s statements.

“We have this abortion activist acting as a doctor with a history of failing to report,” the attorney general said, per the Indiana Capital Chronicles. “We’re gathering the evidence as we speak, and we’re going to fight this to the end, including looking at her licensure. If she failed to report it in Indiana, it’s a crime for – to not report, to intentionally not report.”

An investigator for the Indiana Attorney General testified on Nov. 21 that there is an ongoing investigation into complaints against Bernard.

During her second day in court, Bernard testified that “she had not yet seen the girl when she told the reporter about her as an example of the impact of tighter abortion laws going into effect across the country, but did not reveal identifying information about her,” per ABC News.

“I did say that the patient had been raped,” Bernard said. “That is how a 10-year-old becomes pregnant.”

Public records indicate that Bernard reported the abortion to the Indiana Department of Child Services within three days as required by law for any patient age 16 and younger. On the document, the doctor wrote she administered mifepristone and misoprostol to induce a medical abortion.

“Dr. Bernard fully complied with all requirements for reporting the care that she provided, and she did nothing wrong and nothing to warrant an ongoing investigation,” said Bernard’s attorney, Kathleen Delaney. “We learned today that they are continuing to investigate all of these complaints even though the evidence is clear that they are bogus, and they are from people that have no connection to the doctor whatsoever.”

A Marion County judge is expected to rule on the injunction against the Attorney General’s office sometime next week. 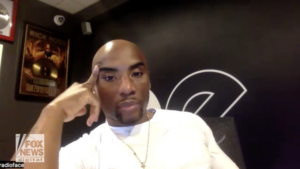