The school intends to reopen next September

The rapper-turned-billionaire entrepreneur has dipped his toes in various industries ranging from education to sports agency but has now announced that the Donda Academy, a private high school with a focus on basketball and choir, will be closing its doors for the remainder of the academic year.

According to Donda Academy principal Jason Angell, who notified students in an email that was obtained by The Times, the decision to shutter the school came from West himself.

“At the discretion of our founder, Donda Academy will close for the remainder of the 2022-2023 school year effective immediately,” the email reads. The news follows closely on the heels of reports that the school’s basketball team, a keystone feature of the curriculum, would be banned from Scholastic Play-By-Play Classics, one of the most selective high school tournament organizations, in response to comments West made about the Jewish people.

According to Angell, however, the decision to shutter the school is not a permanent one, and the Donda Academy administrators intend to reopen the school in September of 2023.

“Our leadership team will be working diligently to assist all families during this transition, ensuring that every scholar has what they need to succeed in their next community in a prompt and gracious manner,” he said.

While the Donda Academy was informed that student-athletes would not be able to participate in tournaments hosted by Scholastic Play-By-Play, the team was not banned from every tournament and was expected to perform at an upcoming event in Florida.

Since Kanye West’s tweet calling for “death con 3” to be waged against the Jewish people and a subsequent appearance on the podcast Drink Champs where he doubled down, the celebrity has suffered numerous financial blows for his comments. Addidas, which has been contracted with West for nearly a decade and licenses his Yeezy footwear line, has severed ties. Two professional athletes who had signed to his Donda Sports, a marketing agency for athletes, have stated they will no longer have a relationship with the business. The culmination of losses have left some suspecting that Kanye West — who legally changed his name to Ye without any surname — may have lost his status as a billionaire. 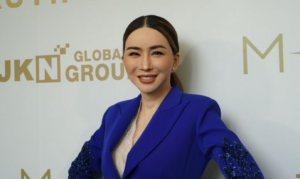