'It is the height of absurdity,' said Arizona Attorney General Mark Brnovich

The Department of Justice is challenging an Arizona law that requires proof of citizenship as part of voter registration.

Those who cannot supply a document that proves citizenship cannot participate in the next election and will not be sent a mail-in ballot. The law is set to take effect in 2023.

On July 5, the DOJ filed a request to block the law from being enforced and claimed the policy violates civil rights laws.

“House Bill 2492’s onerous documentary proof of citizenship requirement for certain federal elections constitutes a textbook violation of the National Voter Registration Act,” Assistant Attorney General Kristen Clarke of the Justice Department’s Civil Rights Division said in a press release on July 5. “Arizona has passed a law that turns the clock back on progress by imposing unlawful and unnecessary requirements that would block eligible voters from the registration rolls for certain federal elections. The Justice Department will continue to use every available tool to protect all Americans’ right to vote and to ensure that their voices are heard.”

The DOJ says that in 2013, during Arizona v. Inter Tribal Council of Ariz., Inc., the Supreme Court prevented the state from mandating proof of citizenship documentation as a part of federal voter registration.

“The United States’ complaint also contends that House Bill 2492 violates Section 101 of the Civil Rights Act by requiring election officials to reject voter registration forms based on errors or omissions that are not material to establishing a voter’s eligibility to cast a ballot,” the department added.

The law, House Bill 2492, requires those registering to vote to have resided in Arizona for 29 days prior to an election and that election officials verify their American citizenship as part of the registration process. It was passed by the state legislature earlier this year.

Governor Doug Ducey signed the bill into law at the end of March.

In a letter explaining his support of the policy, Ducey said HB 2492 addresses “a growing number of new registrants participating in elections who have not provided evidence of citizenship” by providing “clarity to Arizona law on how officials process federal form voter registration applications that lack evidence of citizenship.”

“Election integrity means counting every lawful vote and prohibiting any attempt to illegally cast a vote,” the governor said. “H.B. 2492 is a balanced approach that honors Arizona’s history of making voting accessible without sacrificing security in our own elections.”

Under federal law, it is illegal for a non-U.S. citizen to take part in federal elections.

The DOJ’s lawsuit is being supported by the U.S. Attorney’s Office for the District of Arizona.

“We are proud to join the Civil Rights Division in bringing this lawsuit to ensure that all eligible citizens in Arizona have the opportunity to register to vote and exercise their fundamental right to participate in our elections,” said U.S. Attorney Gary M. Restaino for the District of Arizona.

Arizona Attorney General Mark Brnovich called the lawsuit an example of the “lawlessness of the Biden administration” that is “really going unchecked” during an appearance on Fox’s “The Faulkner Focus.” 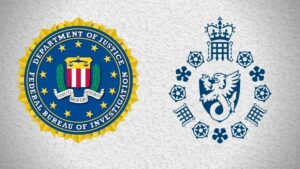