The bill now moves to Governor Doug Ducey for consideration

A bill aimed at improving election security and integrity was passed in the Arizona Senate.

The policy would require verification that a voter is an American citizen and an Arizona resident to vote.

House Bill 2492 was introduced in January by Representative Jake Hoffman. It passed on Feb. 26 in a 31-26 vote with three abstentions. None of the House’s Democrats supported the policy.

Senator Warren Petersen stressed the serious damage having non-U.S. citizens vote could have on the nation’s elections. He noted that in Arizona there are 35,000 registered voters with unconfirmed citizenship, per the Arizona Daily Independent.

Under the policy, an individual will need to prove their American citizenship, be over the age of 18, and have resided in Arizona for 29 days prior to the election. Election authorities will need to verify citizenship and reject voter registrations for those whose citizenship cannot be verified.

“Any application for registration, including an application on a form prescribed by the United States Election Assitance Commission must contain a checkmark or other appropriate mark in the ‘Yes’ box next to the question regarding citizenship as a condition of being properly registered to vote as either a voter who is eligible to vote a full ballot or a voter who is eligible to vote only with a ballot for federal offices,” the bill reads.

Proof of citizenship is also required for those wishing to vote early by mail.

“The Arizona legislature should be applauded for taking action and passing HB2492,” Jason Snead, executive director of the Honest Elections Project Action, said in a statement to Grand Canyon Times. “Only citizens should vote in American elections. Requiring proof of citizenship to register is a fundamental safeguard for the integrity of elections, and states should be doing all they can to verify citizenship and ensure that the votes of citizens are not canceled out by ineligible voters.”

“This voter integrity bill is necessary, timely, reasonable, and constitutional, and it upholds the principle of making it easier to vote but harder to cheat,” Snead said.

The bill will now be sent to Governor Doug Ducey to sign or veto.

Ducey has previously supported legislation aimed at protecting election integrity. In May of 2021, he signed SB 1485 which limited the number of absentee ballots automatically sent out. The policy requires a voter to be removed from mailing lists if “the voter fails to vote an early ballot in both the primary election and the general election for two consecutive primary and general elections for which there was a federal, statewide, or legislative race on the ballot.”

In a statement to Breitbart, Representative Hoffman called SB 1458 a “common sense” policy that was necessary with “voter confidence at historic lows.” He also said removing inactive records would unburden the state’s election system and save millions of dollars. 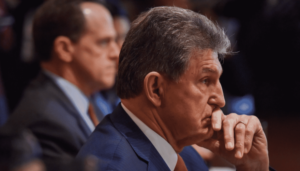