The Governor announced his mask-optional order on his first day in office. Supporters say the measure gives parents the choice whether to have their children wear face-coverings when attending public school.

“The Virginia Supreme Court has dismissed a parent lawsuit challenging Gov. Glenn Youngkin’s controversial mask-optional executive order — but the dismissal was on highly technical and procedural grounds and did not touch the merits of the case, leaving open questions about the order’s legality,” reports the Washington Post.

“A ruling by an Arlington judge last week has put the order on hold in at least seven school districts, as part of a separate lawsuit the school boards for those districts filed which also aims to reverse Youngkin’s mask-optional order. The mask-optional order will remain on hold until that case is decided,” adds the newspaper.

BREAKING: Supreme Court of Virginia threw out the challenge from Chesapeake to @GlennYoungkin "opt-out" Executive order for school student masking.

JUST IN: The Supreme Court of Virginia has dismissed a lawsuit from Chesapeake parents against Gov. Glenn Youngkin over his order to make masking optional at schools.

The court notably did not offer an opinion on the legality of Executive Order 2. https://t.co/zh2L8cmYDQ

“We will continue to protect the rights of parents to make decisions regarding their child’s health, education, upbringing, and care,” said Virginia Attorney General Jason Miyares. 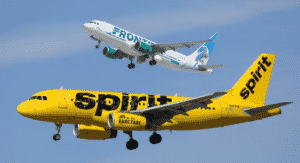