According to a new national survey, less than a quarter of Americans believe that public schools are “on the right track.”

The survey, conducted by Grinnell College, found that 64 percent of Americans believe public schools are on the wrong track.

The majority of respondents said that they distrust the way schools handle teaching about race issues in the classroom.

Grinnell reports, “beyond these partisan differences, distrust in the ability of public schools to teach about racism was associated with the belief that public schools are on the ‘wrong track.’ Of the 24% who say things are headed in the right direction, a strong majority (71%) trust how educators teach about racism. However, of the 64% who feel schools are on the wrong track, a majority (54%) say they distrust educators’ decisions on this issue.”

“Historians point out that U.S. public education has long been driven by three overarching, but sometimes conflicting, goals: democratic equality, social efficiency, and social mobility,” said Cori Jakubiak, associate professor of education at Grinnell College. “The racial reckoning catalyzed by the 2020 killing of George Floyd and the Black Lives Matter movement has prompted some educators to teach about structural racism as a central way to promote the democratic equality goal of public schooling.”

Jakubiak continued, “We find that the public is divided over whether the schools can be trusted to teach about racism, and that these concerns have fueled the sentiment that schools are on the wrong track.”

The teaching of Critical Race Theory in schools has been credited for helping to flip Virginia, a state that was trending blue, to red in the last gubernatorial election.

The survey asked about trust in the schools regarding three areas; teaching about racism, choosing appropriate library books and responding appropriately to a student posing a risk of violence.

Teaching about racism was the only category in which less than half of the people polled trusted educators.

The poll also found that Americans believe students should be taught the basics — reading, writing, American history, home economics, and budgeting. Foreign languages, art and music, and sex education fell far behind in the priority list.

Rodriguez believes that much of the backlash is due to parents seeing what their children were being taught during remote learning at the height of the pandemic.

“The fantasy that we had in our heads about what was actually going on in school every single day, it all fell apart,” Rodrigues said. “Now that the wool has fallen from our eyes, it’s gonna be very difficult to fool parents and say ‘no we’ve got it from here,’ because we don’t trust you anymore. We’ve seen too much. Parents are not in the mood to stand by and just trust that this system, which has obviously failed, is going to step up and meet the challenge [of lost learning and mental health issues]. We’ve seen too much.” 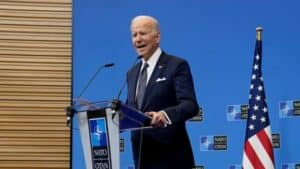