The new poll, conducted by the Consumer Energy Alliance, found that 60 percent of Americans believe that the way to bring down energy prices is to produce more here.

Support for increased production in the US was fairly high across the political spectrum, with support from 77 percent of Republicans, 63 percent of independents, and 40 percent of Democrats.

Increased production domestically has support from 58 percent of women and 62 percent of men.

When looking at the geography of the respondents, 52 percent of urban voters believe that the White House is not doing enough to lower gas prices, while 63 percent of suburban and 73 percent of rural voters said the same.

Just eight percent of those surveyed said that they believe America should ask foreign nations to produce more oil.

“These results demonstrate that the solution to high gas prices is obvious to the majority of Americans – produce more domestic energy including unleashing oil and gas,” CEA President David Holt said, according to a report from Business Wire. “Overwhelmingly, Americans of all political stripes and demographics support more American energy production, and they all agree that the White House is not doing enough to bring prices down.

“The obvious solution is usually the best one, especially when it can create American jobs, help protect the global environment, and bring energy prices back down to affordable levels. We urge the White House to stop looking for irresponsible options in all the wrong places like Venezuela and Iran when the easy, obvious choice is to produce energy in America for Americans.”

An 86 percent majority of those polled said that they are being impacted by high gas prices, and 71 percent said that they have had to change their habits because of it.

The respondents also identified inflation as the top issue on their minds. 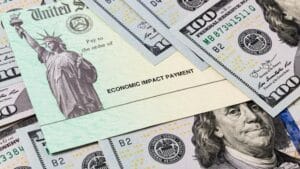 Some States Will Offer Stimulus Checks for Inflation