Biden: US Would Respond 'In Kind' If Putin Uses Chemical Weapons

After meeting with NATO allies in Belgium to discuss Russia’s invasion of Ukraine, President Biden said that the United States and NATO would respond “in kind” if Russia uses chemical weapons in Ukraine.

“Would the U.S. or NATO respond with military action if he did use chemical weapons?” a reporter asked Biden.

When asked to clarify the response if Russia used chemical weapons, Biden said, “It would trigger a response in kind.”

The news comes shortly after Russia announced that it had used hypersonic missiles for the first time since it began its invasion of Ukraine – marking an escalation in the conflict.

Since the start of the Ukraine invasion, Russia has repeatedly indicated its willingness to use more destructive weapons to achieve its goals. Following Russia’s use of hypersonic missiles, Putin’s Press Secretary Dmitry Peskov told CNN that the use of nuclear weapons was an option if Russia felt it was existentially threatened.

“We have a concept of domestic security, and it’s public,” Peskov said. “You can read all the reasons for nuclear arms to be used. So if it is an existential threat, a threat for our country, then it can be used in accordance with our concept.”

In February, Putin hinted at his willingness to use weapons of mass destruction, saying, “No matter who tries to stand in our way or all the more so create threats for our country and our people, they must know that Russia will respond immediately, and the consequences will be such as you have never seen in your entire history.” 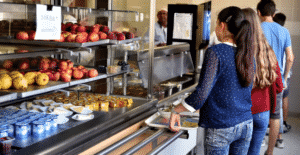