Judge To Smollett: ‘Just Answer His Questions Without Arguing’

The actor, accused of staging a hate crime, took the stand for the second day

Actor Jussie Smollett had a tense exchange with the prosecution during his second day on the stand.

Charged with six felony counts of disorderly conduct for allegedly lying to police, Smollett is accused of staging a hate crime in January of 2019. As part of the fake crime, Smollett allegedly paid two men $3,500 to attack him outside his Chicago apartment.

He took the stand on Dec. 6 and testified over the course of five hours.

“Smollett — who wore a dark blue suit, white shirt, and black tie — ranged from flippant to hostile with the prosecutor,” reports The New York Post.

During the two and a half hours of cross-examination on Dec. 7, Special Prosecutor Daniel Webb asked Smollett about his private Instagram messages with Abimbola “Bola” Osundairo, one of the two brothers he allegedly paid to attack him.

Before the incident, Smollett told Ambibola that his flight from New York to Chicago would be arriving late. While his defense says this was because the two planned to work out together, the prosecution argued Smollett notified Amibibola of the change so he could better time the attack.

Part of the message included the N-word. When Webb read the message aloud without censoring himself, Smollett became enraged.

“Sir, can you just spell the word or not say it out of respect for every African American in this room?” Smollett said.

He became frustrated with Webb’s continued question regarding the Instagram messages.

“Mr. Webb, with all due respect, you do not understand Instagram,” he snapped.

He countered that he had publicly talked about the delayed flight on his Instagram Story, which disappeared after 24 hours, and the prosecution was not accurately portraying him to the jury.

“You’re misrepresenting me to the jury and to the entire court, and it’s not fair,” Smollett said. “Without showing the actual Insta stories that I posted, they’re not getting the full story so they don’t understand.”

“Look at me. I’m older. I tell you right now I do not understand Instagram,” Webb retorted. “I’m asking you if the messages I’m about to show you are between Bola and you.”

“Just answer his questions without arguing,” Linn said to Smollett.

During the prosecution’s cross-examination, Smollett admitted he had described his attackers to law enforcement as white. He said he later changed his description to “pale” because he believed it was the “responsible” approach.

“I didn’t want to make the assumption that they were white. So I said, ‘Let me change that and just say that they were pale-skinned,’” Smollett said on the stand. “They could’ve been a white person, they could have been a pale someone else.”

When the prosecution asked the actor if he described them as white so the attack would get more media attention, Smollett said, “You’d have to ask someone who actually did a fake hate crime.”

Closing arguments are currently scheduled for Dec. 8 and jury deliberation will begin on the same day. 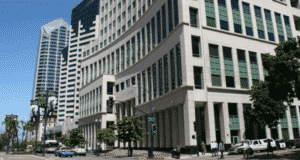