The charges stem from violent clashes on Jan. 9 at the Pacific Beach Pier

The event was organized by supporters of President Donald Trump and took place in Pacific Beach. A crowd of self-identified Antifa members known as the “Black Bloc” arrived at the Pacific Beach pier for an alleged counterprotest of the event. The members wore black clothing and Antifa paraphernalia.

According to San Diego County News, “on at least eight separate occasions, approximately 15 to 20 members from the counter-protesting group (Antifa-affiliated) broke off and surrounded perceived members of the Patriot March group and attacked them using impact weapons and mace. At present, there are 16 known victims.”

“At one point, a line of 20 to 25 counter-protesting individuals advanced on a smaller group of four people from the Patriot March, yelling obscenities at them and screaming for them to run,” the outlet reported. “One member of the group, who was dressed in black with their face covered, pulled out a can of pepper spray and sprayed it in their faces. The smaller group was attacked with chairs, sticks, glass bottles, full alcohol, and beer cans, and closed fists as they were chased down the boardwalk.”

Antifa members also surrounded a group of minors who they believed were attending the Patriot March. The minors were chased and sprayed with mace. One was assaulted and subsequently hospitalized for a concussion.

“Video evidence analysis shows that overwhelmingly the violence in this incident was perpetrated by the Antifa affiliates and was not a mutual fray with both sides crossing out of lawful First Amendment expression into riot and violence,” said San Diego County District Attorney Summer Stephan, who announced the charges.

The District Attorney’s Office said the Antifa members sought to take “direct action” against those attending the Patriot March and accused them of carrying out “violent criminal acts.”

Alexander Akridge-Jacobs, 31; Christian Martinez, 23; and Samuel Ogden, 24 were also charged but have not yet appeared in court.

“The case is believed to be one of the first to use conspiracy charges — in this case conspiracy to commit riot — to target alleged members of ‘Antifa,’” per the Bozeman Daily Chronicle.

The criminal complaint contends the criminal conspiracy began when the defendants liked and share a Jan. 2 social media post which called for the counter-protest of the Patriot March.

The complaint contends that by interacting with the post or by showing up on Jan. 9 and acting violently, the Antifa members agreed to the conspiracy.

The Center For Strategic & International Studies defines Antifa as “a decentralized network of far-left militants that oppose what they believe are fascist, racist, or otherwise right-wing extremists” that some consider “a sub-set of anarchists,” noting that “adherents frequently blend anarchist and communist views.”

“They often organize in black blocs (ad hoc gatherings of individuals that wear black clothing, ski masks, scarves, sunglasses, and other material to conceal their faces), use improvised explosive devices and other homemade weapons, and resort to vandalism,” notes CSIS.

A readiness hearing has been set for Dec. 15 and a preliminary hearing is scheduled for Dec. 17. 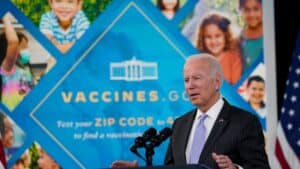