A New York judge orders the New York Times to return all documents to Project Veritas, and destroy all digital copies and communications

On Friday, a New York judge upheld his order for The New York Times to return documents they obtained about communications between Project Veritas and the group’s lawyers.

Justice Charles Wood ordered The Times to immediately give back all physical documents and destroy any electronic copies of communications between Project Veritas and its lawyers. The judge states that the attorney-client privilege protected the communications.

Wood states that the New York Time’s story regarding the documents was of no “general interest and of value and concern to the public.”

The New York Times plans to seek a stay of the ruling and would appeal it on First Amendment grounds, according to A.G. Sulzberger, its publisher.

“This ruling should raise alarms not just for advocates of press freedoms but for anyone concerned about the dangers of government overreach into what the public can and cannot know. In defiance of law settled in the Pentagon Papers case, this judge has barred The Times from publishing information about a prominent and influential organization that was obtained legally in the ordinary course of reporting,” said Sulzberger in a statement Friday.

The order came as part of a defamation lawsuit filed by Project Veritas leader James O’Keefe against the New York Times.

Project Veritas came under federal scrutiny due to the alleged theft of a diary belonging to President Joe Biden’s daughter Ashley Biden. The group admitted to having the diary at some point but claimed to have since handed it over to authorities.

Portions of the diary were published by National File, saying they were provided the published parts by a frustrated journalist. Project Veritas and O’Keefe deny any link to the publication of the diary.

Project Veritas has objected to a New York Times article published on November 11, 2021. The article was based on memos from a Project Veritas lawyer, claiming to reveal how the group worked “a gray area between investigative journalism and political spying,” relying on legal council to keep from violating federal laws.

O’Keefe and Project Veritas have been accused of using misleading tactics to expose liberal media bias.

Elizabeth Locke, a lawyer for Project Veritas, responded to the ruling Friday, saying, “Today’s ruling affirms that The New York Times’s behavior was irregular and outside the boundaries of law. The court’s thoughtful and well-researched opinion is a victory for the First Amendment for all journalists and affirms the sanctity of the attorney-client relationship.”

Editor’s Note: A previous version of this article mistakenly stated the New York Times article referenced was published in 2022, not 2021. 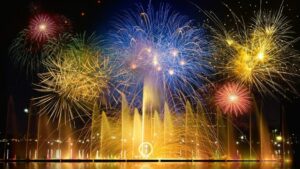