Amid the Winter surge in COVID due to Omircon, many cities across the globe have canceled plans to ring in 2022

It appeared the world might ring in New Year’s Eve according to tradition in some of the globe’s most prominent cities, bringing back pre-COVID normalcy. However, plans are changing in many places due to the latest winter surge in COVID and the omicron variant.

The latest surge seems to have left almost no country or region untouched since its appearance in October, and it continues to grow.

According to a statement from Mayor Bill de Blasio’s office, in New York City, the Times Square tradition of New Year’s Eve will be “scaled back,” with fewer people and everyone required to wear a mask.

Across the ocean in Europe, some major cities have already announced they’re entirely or mostly canceling their celebration plans.

As of Christmas day, this is what some of the world cities have chosen to do with their usually iconic celebrations.

There will be no fireworks display over the Acropolis this year. Health Minister Thanos Plevris said in a statement on Thursday that all public Christmas and New Year celebrations planned by municipalities are canceled.

Germany is set to impose strict contact restrictions to curb the spread of COVID starting on December 28. According to German Chancellor Olaf Scholz, they will also prohibit New Year’s Eve gatherings.

This means there are no fireworks gatherings in Berlin or other big gathering spots such as Munich and Frankfurt.

According to Scottish First Minister Nicola Sturgeon, all public New Year’s Eve celebrations in Scotland will be canceled.

Sturgeon outlined details for post-Christmas restrictions on large gatherings and events to blunt the spread of Omicron in a statement released this week.

The Mayor of London, Sadiq Khan, took to Twitter to announce that planned New Year’s Eve events in London have been canceled over COVID concerns.

“Due to the surge in COVID cases, we’ve taken the difficult decision to cancel our NYE event in Trafalgar Square,” said the tweet from Khan’s verified account.

Instead, Khan said a program would be broadcast at midnight on BBC One.

The government of New Delhi, has announced a ban on all social, cultural, political, and festival gatherings until further notice.

Bars and restaurants will still be allowed to operate at 50% capacity.

Paris has canceled its usual fireworks event over the Champs-Elysées Avenue for New Year’s eve because of the renewed coronavirus surge.

“The fireworks will not take place, nor unfortunately will there be any DJ sets,” the mayor’s office told AFP in a report on France24.com.

According to Reuters, French Prime Minister Jean Castex said on Friday, December 17, that major public parties and fireworks would be banned on New Year’s Eve.

In Italy, Rome is among several cities that have decided to cancel festivities over COVID health concerns.

The Campania region has banned alcohol consumption in public areas throughout the Christmas and New Years’ holidays. 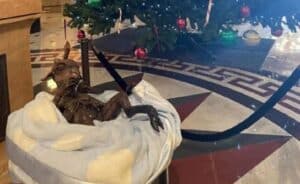