On Friday, a federal judge ordered the Biden administration to reimplement former President Trump’s “Remain in Mexico” policy, which required migrants who attempted to illegally cross the southern border to stay in Mexico as they wait for their case to be adjudicated.

Judge Matthew J. Kacsmaryk ruled that the Biden administration must “enforce and implement [Migrant Protection Protocols, also known as ‘Remain in Mexico’] in good faith until such a time as it has been lawfully rescinded in compliance with the [Administrative Procedure Act].”

The decision comes days after new numbers from the Department of Homeland Security confirm that illegal immigration levels hit a 20-year high in July with border patrol encountering 212,672 migrants attempting to illegally cross the southern border. The 20-year record was first broken in March and then broken again every subsequent month.

The surge began the month after President Biden put a Memorandum in place in February which restricted the ability for Immigration and Customs Enforcement (ICE) to deport illegal immigrants. 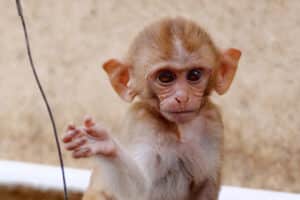 PETA Fundraises Big Bucks On Stopping Cruel Primate Testing, But Hasn’t Had a Win in Years