The chief judge for Florida’s Northern District has issued a preliminary injunction blocking the implementation of the state’s Stop WOKE Act which passed the state legislature in March.

“Now, like the heroine in Stranger Things, this Court is once again asked to pull Florida back from the upside down,” Judge Mark Walker said, apparently comparing himself to the teenage girl with psychokinetic powers in Netflix’s popular kid’s show.

“The upside down describes a parallel dimension containing a distorted version of our world. Recently, Florida has seemed like a First Amendment upside down,” Walker said in an opinion ordering the preliminary injunction against the employee training portion of the law that limited what racial sensitivity courses schools and workplaces can require.

Governor DeSantis’s office has indicated it will appeal the decision. The DeSantis-backed law, which he dubbed the “Stop Wrongs to Our Kids and Employees Act,” still faces a second legal challenge from a group of professors who have taken issue with the limitations on how race can be taught in schools.

That law, which is formally known as the Individual Freedom Act, prohibited employers from requiring prospective employees to undergo training in or positively espouse belief in eight codified concepts:

1)  one race is morally superior to another

2)  one race is inherently oppressive, whether consciously or unconsciously

3) an individual’s privilege is determined by their race

8) Such virtues as merit, excellence, hard work, fairness, neutrality,objectivity, and racial colorblindness are racist or sexist, or were created by members of a particular race to oppress members of another race.

These topics were not banned from being discussed in courses or training, so long as the training handled them with objectivity and did not endorse those eight particular viewpoints.

Upon the passage of the act back in March, Florida Commissioner of Agriculture and Consumer Services Nikki Fried criticized the legislation.

“This bill is a vile attempt to erase our country’s history, censor businesses and schools, and whitewash history,” Fried said. “It’s unconstitutional and racist. This is just more state-sanctioned hatred and censorship coming from Governor DeSantis and Republicans in the legislature.”

Eddie Geller, a former comedian who is now running for Congress in the Sunshine State, also spoke out about the court’s decision. “This is a huge win for all Floridians, and just shows that the DeSantis regime continues to push unconstitutional legislation.” 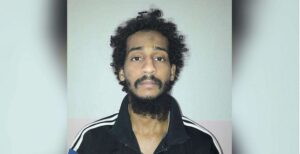