One of the infamous ISIS “Beatles,” given the nickname due to their British nationality and accents, has been sentenced to life in prison for his role in the brutal killings of four Americans, including journalist James Foley.

El Shafee Elsheikh was convicted for his role in the deaths of journalists James Foley and Steven Sotloff, as well as aid workers Kayla Mueller and Peter Kassig.

Three of the victims were beheaded during the executions which took place between 2012 and 2015.

Foley was an American journalist reporting on the war in Syria when he was captured, held hostage, and beheaded in a horrific video that was posted on the internet in 2014.

Mueller was forced into slavery and repeatedly raped by ISIS leader Abu Bakr al-Baghdadi before her killing.

“From August 2014 through October 2014, ISIS released videos depicting the beheadings of James Foley, Steven Sotloff, and British citizens David Haines and Alan Henning. In November 2014, ISIS released a video depicting the decapitated head of Peter Kassig. In January 2015, ISIS released videos depicting the decapitated body of Japanese citizen Haruna Yukawa and the beheading of Japanese citizen Kenji Goto. On or about February 7, 2015, Kayla Mueller’s family received an email from ISIS confirming Mueller’s death in Syria,” the Department of Justice said in a press release about the case.

Elsheikh was convicted of four conspiracy charges relating to his work with ISIS and four charges of hostage taking resulting in the death of Americans in April, 2022.

According to the press release from the Department of Justice, Elsheikh also personally participated in the detention of and hostage negotiations for British, French, Italian, Danish, German, Spanish, Swedish, Belgian, Swiss, and New Zealand nationals.

The press release added that “in addition to physically and psychologically abusing the hostages, Elsheikh and his co-conspirators participated in forcibly exposing the hostages to the murder of other hostages held by ISIS, including a Russian hostage who was killed in or about February 2014 and a Syrian prisoner who was executed in or about April 2014. After a group of European hostages were forced to witness the execution of the Syrian prisoner, Elsheikh and his co-conspirators returned the hostages to the prison where they were being held with American and British hostages.”

The so-called “Beatles” were notorious for being especially brutal, even among their terrorist peers.

“The three Beatles, Mohamed Emwazi, Alexanda Kotey and Elsheikh, would take hostages in order to demand the release of ISIS militants in prison or to collect ransom. Some hostages were released after large ransoms were paid, but others were executed by the group on camera for propaganda films,” CNN reports. “Kotey pleaded guilty in September and Emwazi, who prosecutors say was responsible for several of the beheadings of hostages, was killed in a drone strike in 2015.”

The prosecution explained that Kotey, Elsheikh, and Emwazi, who is best known as his nickname “Jihadi John,” grew up together in England before joining the terror organization.

“The evidence demonstrates that they grew up together, radicalized together, fought as high-ranking ISIS fighters together, held hostages together, tortured and terrorized hostages together,” prosecutor Raj Parekh said Wednesday. “What these horrific crimes left behind is a legacy of brutal killings and shattered families.”

Elsheikh has confessed to his role in the crimes to both interrogators and the media. 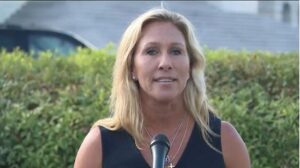