A federal judge has appointed a special master to review documents seized in a search of former President Donald Trump’s Florida residence.

In a Sept. 15 order, U.S. District Judge Aileen Cannon appointed Judge Raymond Dearie to serve as the independent party who will review the documents taken by the FBI from Mar-a-Lago.

Judge Dearie is a Senior U.S. District judge for the Eastern District of New York. For seven years, he served as a judge on the U.S. Foreign Intelligence Surveillance Court (FISA Court). Also, according to CNN, Dearie was one of the judges who approved an FBI and DOJ request to spy on Carter Page in the FBI’s 2016 Crossfire Hurricane investigation, which looked into potential links the Trump campaign may have had with Russia.

Prosecutors sought to compartmentalize roughly 100 documents marked “classified,” stating they are government records, that Trump has no “possessory interest” in them, and that he has no claim of privilege to them.

However, Judge Cannon’s order instructs Judge Dearie to review all of the material and to prioritize review of classified documents.

“The Court does not find it appropriate to accept the Government’s conclusions on these important and disputed issues without further review by a neutral third party in an expedited and orderly fashion,” she wrote.

Judge Cannon also expressed concern over “the Government’s ability to properly categorize and screen materials” taken in the FBI’s raid at Mar-a-Lago.

“In many respects, the Government’s position thus presupposes the content, designation, and associated interests in materials under its control—yet, as the parties’ competing filings reveal, there are disputes as to the proper designation of the seized materials, the legal implications flowing from those designations, and the intersecting bodies of law permeating those designations,” she wrote.

Judge Cannon also noted that the order does not prevent the DOJ from continuing its investigations, questioning witnesses, obtaining other information about the movement and storage of the seized documents, or from bringing charges “based on anything other than the actual content of the seized materials.”

Her order specifies a deadline of Nov. 30 for the special master to complete his review of the documents. 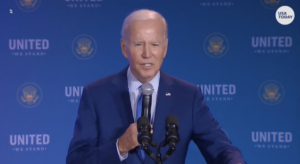