Lawyers representing Journey’s Neal Schon have sent a cease and desist letter to a bandmate who performed their hit song “Don’t Stop Believing” at Mar-a-Lago.

Cain and Schon wrote the iconic song with estranged singer Steve Perry in 1981.

“Cain, 71, has long been a member of the former president’s inner circle. His wife of eight years, Paula White, is a televangelist and Donald Trump’s spiritual advisor,” Variety reports.

In the cease and desist letter obtained by Variety, Schon’s representatives wrote that “although Mr. Cain is free to express his personal beliefs and associations, when he does that on behalf of Journey or for the band, such conduct is extremely deleterious to the Journey brand as it polarizes the band’s fans and outreach. Journey is not, and should not be, political.”

“Mr. Cain has no right to use Journey for politics,” the letter stated. “His politics should be his own personal business. He should not be capitalizing on Journey’s brand to promote his personal political or religious agenda to the detriment of the band,” calling it a “harmful use of the brand.”

An attorney represented Cain responded that “Schon is just frustrated that he keeps losing in court and is now falsely claiming the song has been used at political rallies.”

However, Cain himself went even further in his response, blasting Schon and his wife for her time on the short-lived The Real Housewives of D.C.

“Neal Schon should look in the mirror when he accuses me of causing harm to the Journey brand. I have watched him damage our brand for years and am a victim of both his — and his wife’s — bizarre behavior,” Cain said.

“Neal sued Live Nation twice, losing both times, and damaging our ability to ever work with them again; Neal outrageously tried to take away trademarks from Steve Perry; Neal and his wife continually insult the professionalism of numerous accountants, road managers, and management firms with endless legal threats and their bullying, toxic, and incoherent emails; Neal argues online with fans who don’t see eye to eye with him; and Neal and his wife recklessly spend Journey’s money until there is none left for operating costs. If anyone is destroying the Journey brand, it is Neal — and Neal alone.” 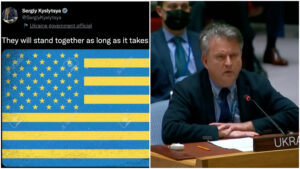