'You Guys Have A Lot Of Nerve Sending Your President To Our Capitol In A Sweat Suit And ... Defacing Our Flag' Said One User

On Thursday, United Nations Ambassador Sergiy Kyslytsya shared an American flag with Ukrainian colors suggesting the countries would continue their alliance “as long as it takes.”

“They will stand together as long as it takes,” said Kyslytsya, suggesting the United States would assist Ukraine until Russia is defeated.

They will stand together as long as it takes … pic.twitter.com/kQlkmGkwz6

“You guys have a lot of nerve sending your president to our Capitol in a sweat suit and now defacing our flag,” said one user criticizing the Ukrainian ambassador.

Shortly after his post, the ambassador shared another image of the American flag featuring blue and yellow stripes along with the Ukrainian coat of arms in place of stars.

“Excited by reading the tweets of the Post-Pred of Ukraine at the UN, the people of Lavrov almost didn’t grunt, when Ovva!” read Kyslytsya’s translated post. “Yellow-blue flag in post again! Masha started chronic tremens a long time ago, because of that her fingers didn’t listen and she couldn’t type a reply tweet for a long time.”

“Desecrating the American flag is todays big distraction from the Hunter Biden laptop,” said one user in response to Kyslytsya’s second post.

“Your intent is pure, I understand this. As the Patriarch and 10th Generation of my family in the United States, this is an insult,” said another used. “I respectfully ask its immediate removal.”

On Wednesday, Zelenskyy commented on the country’s alliance with the United States in a speech to Congress.

“This battle is not only for the territory – for this or another part of Europe. This battle is not only for life, freedom and security of Ukrainians or any other nation, which Russia attempts to conquer,” said Zelenskyy. “This struggle will define – in what world our children and grandchildren will live and then – their children and grandchildren. It will define whether it will be a democracy – for Ukrainians and for Americans – for all.”

“I would like to thank you for both, financial packages you have already provided us with, and the ones you may be willing to decide on. Your money is not charity. It’s an investment in the global security and democracy that we handle in the most responsible way,” Zelenskyy concluded. “I thank President Biden and both parties at the Senate and the House – for your invaluable assistance.” 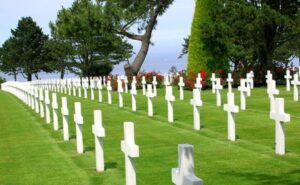