Pharmaceutical company Johnson & Johnson suspended its forecast for the sales of the COVID-19 vaccine.

The company said global supply-chain issues and vaccine hesitancy in some nations had made it necessary to abandon the metric.

The company manufactures the one-dose COVID-19 vaccine and announced in its first-quarter earnings report that it had generated $23.4 billion during the first three months of 2022.

“Our first quarter results demonstrate strong performance across the enterprise, despite macro-economic headwinds. I am incredibly proud of Johnson & Johnson’s 144,000 employees for their relentless passion and Credo-based commitment to delivering transformative healthcare solutions to patients and customers around the world,” said CEO Joaquin Duato in the announcement released on April 19. “Looking ahead, I remain confident in the future of Johnson & Johnson as we continue advancing our portfolio and innovative pipeline.”

Prior to suspending the guidance, the company had predicted its COVID-19 vaccine $3 billion to $3.5 billion in sales during 2022.

Johnson & Johnson said the end of the sale guidance would not impact adjusted operational earning per share guidance.

The Hill reports “the COVID-19 vaccine brought in much less than what the drugmaker had anticipated: $457 million in the first quarter compared to estimates of as much as $3.5 billion.”

The one-dose vaccine had initially been given such a value because it could be stored at refrigerator temperature, making it easier to transport and distribute. The Center for Disease Control and Prevention later suspended the vaccine in 2021 after it was linked with a higher risk of blood clots, particularly among young and middle-aged women.

COVID-19 vaccines offered by Moderna and Pfizer became the most widely used in the United States as a result.

Johnson & Johnson shut down the production of its vaccine at the end of 2021. The plant that made the product in Leiden, Netherlands, was subsequently used to develop experimental drugs that may be more profitable, according to a February 2022 report from CBS News.

Demand for the vaccine has also declined internationally in recent weeks leading to a decline in sales.

“The [Johnson & Johnson] vaccine registered only $75 million in sales in the U.S., or about 25% less than what it rang up after debuting in last year’s first quarter,” AP News reports.

Just over 218 million people have been fully vaccinated against COVID-19, which is nearly 66% of the national population. Daily vaccination rates began to decline rapidly in the middle of January, falling from 1.2 million doses on Jan. 10 to nearly 175,000 on March 22, according to the NPR COVID-19 Tracker. 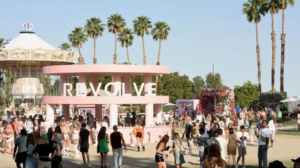