The celebrity shindig — full of luxury goody-bags and Instagram-worthy backdrops — quickly turned into a humanitarian disaster as a logistical mishap left a large portion of the star-studded guest lineup baking in the desert sun without food or water. As agitated ticket holders awaited few-and-far-between shuttles to the event under increasingly dire conditions, psychological breakdowns and wild fights ensued in a crescendo of chaos reminiscent of Lord of the Flies.

TikToker Averie Bishop witnessed that the logistics of getting to the venue were “out of control,” and guests attempted to violently rush the shuttles: “There was pushing, shoving, shouting, yanking people in front of the buses. People standing in between the buses while they were moving!”

Revolve initially refrained from officially responding to the scandal on social media, but a representative of the brand stated today that “As the festival was reaching capacity late Saturday afternoon, shuttle access to the venue was limited in order to remain in compliance with safety requirements causing longer wait times for entry resulting in some guests not being able to attend the festival.”

Designated VIP guests made it in time for photos by a stroke of good luck, of course. The statement concluded with the sincerest apologies to those impacted, and a commitment to “always strive to provide a great experience” and “do better.” That totally makes up for the two thousand dollars non-VIP guests spent on tickets, right?

Revolve Festival joined the ranks of celebrity festivals gone awry such as Billy McFarland’s fraudulent Fyre Festival in 2017, Tana Mongeau’s notorious Tanacon event in 2018, and Travis Scott’s 2021 Astroworld Festival. Brands and performers who court influencers’ cachet as a marketing tactic are earning a reputation for incompetence at handling the simplest of logistical tasks that make product placement photo-ops and networking possible — thankfully, there were no ambulances called or casualties recorded in this instance.

In the aftermath of Revolve’s public relations blunder, onlookers struggle to muster up an ounce of sympathy for the influencers who were left stranded and desperate for attention.

One Twitter user quipped, “These revolve festival stories are giving me life. The amount of deflated influencer egos after the weekend. Lol.”

Social media stars have earned themselves an even worse reputation for astounding heights of entitlement and detachment from real world problems ordinary people face. Employees involved in managing a two-day event like Revolve Festival are stretched thin and face the consequences for this error behind the scenes, while influencers take center stage with complaints that they were not given sufficient special treatment. The public is understandably fatigued with their whining. Nonetheless, let’s accept ourselves as voyeurs of their misfortune and embrace the levity of schadenfreude. 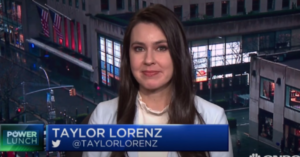