A new survey from the Associated Press published this week shows a record number of Americans disapproving of Joe Biden’s job performance after a full year in the White House.

According to the poll, 43 percent support the Democrat while 54 percent disapprove of his performance.

“President Joe Biden ends his first year in the White House with a clear majority of Americans for the first time disapproving of his handling of the presidency in the face of an unrelenting pandemic and roaring inflation, according to a new poll from The Associated Press-NORC Center for Public Affairs Research,” reports the Associated Press.

“In July, 59% of Americans said they approved of Biden’s job performance in an AP-NORC poll. His approval rating dipped to 50% by late September in the aftermath of the chaotic and bloody U.S. military withdrawal from Afghanistan and amid surging coronavirus infections and the administration’s fitful efforts to push economic, infrastructure and tax policies through Congress,” adds the AP. 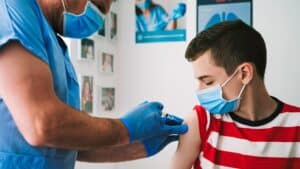