A school district in Minnesota is partnering with an educational organization that will offer students “pride resources” and anti-bias training.

The Saint Paul Public Schools announced that as part of its mission “to interrupt systems of marginalization,” its Office of Equity would partner with independent educational company AMAZE.

The partnership will “further develop culturally responsive classrooms in which every student can learn about themselves and their peers while engaged in curriculum connected to reading and writing standards,” according to an announcement from the school district.

Programs include Families All Matter and Classroom Dynamics  with “help adults and children work together to break silences about difference and discrimination in their schools and communities.”

AMAZE describes Families All Matter as a “literature-based program” designed to give students “a window into the lives of people who are different than them, and a mirror reflecting their own life experiences” and “fosters social-emotional learning” and well as “imbeds anti-bias education theory.”

In a report from the nonprofit Parents Defending Education, AMAZE offers “PRIDE resources” to children as young as three-years-old.

The company offers caregiver lessons to teach children about gender diversity, gender identity and gender expression. Suggested resources include the children’s books “My Princess Boy” and “When Aidan Became a Brother” – which is described as “a heartwarming book that will resonate with transgender children, reassure any child concerned about becoming an older sibling, and celebrate the many transitions a family can experience.”

The new partnership continues the district’s ongoing effort to include “anti-bias, identity-focused” lessons in its mandatory curriculum.

SPPS has already implemented a “Gender Inclusion Policy” which requires teachers to feature lesbian, gay, bisexual, transgender, and queer people in classroom lessons. It also stipulated students must be referred to by their preferred pronouns and take part in extracurricular activities including sports that match their gender identity. The policy also discourages educators from using speech that is considered binary such as the term boys and girls.

According to The Daily Signal, “there are multiple lawsuits surrounding school district policies that require teachers to keep parents in the dark regarding the sexual orientation or gender identity of their children, to the point of allegedly starting clandestine social transitions.”

In December, the school district announced critical ethnic studies will be a graduation requirement for 2025.

“The intent of the new critical ethnic studies course is for students to explore who they are — not to tell them who they are,” according to public comments from a district administrator.

Sophomores, as well as new juniors and seniors, will have to enroll in the ethnic studies classes at the start of the next school year. 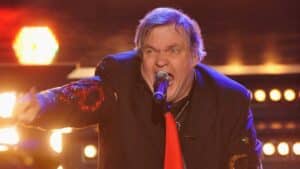