Jeweler Launches Anti-Woke Ad Asking, 'What is a Woman?'

Egard Watches has launched a two minute long anti-woke ad asking, “what is a woman?”

The Florida-based luxury timepiece company asserts in the title of their ad that “WOMANHOOD IS A BIRTHRIGHT!!!”

The company previously made an ad asking “what is a man?” in response to an ad that Gillette made about toxic masculinity.

“It was not our belief at the time of the what is a man video that a video like this would need to be made and yet at this time we feel the need to be a brand that puts our values forward…” the description, written by the company’s founder Ilan Srulovicz continues. “I know that countless people will say ‘why are you putting a video like this out… you are a watch brand!'”

Srulovicz explained that he felt compelled to make the ad as company’s often speak out about their leftist positions, but there are few on the right who do the same.

“We live in a time where every major corporation like Disney, Amazon, Netflix, Ben and Jerry’s and countless others are comfortable promoting their perspectives and values on the other end of the spectrum and yet for some reason it seems like we must remain silent. We don’t subscribe to that notion,” Srulovicz stated.

Srulovicz, who is also an actor and filmmaker, said that he expects the video will cause backlash or be censored.

“We feel the value of womanhood is under attack and the long hard fought battles and progress that women have made are quickly being erased. We know that many people will attack us for this video. We know it will most likely be shadow banned, censored or cause backlash, but to be honest, we don’t care as we feel it necessary to get this message out.”

A report from the Washington Times noted that “more than 200 companies have signed the Human Rights Campaign’s statement this year opposing “anti-LGBTQ+ bills,” which include measures barring male-born athletes from girls’ and women’s sports.”

The question “what is a woman” recently became a significant point in the battle over women’s sports and spaces after Daily Wire reporter Matt Walsh stumped transgender activists during an appearance on Dr. Phil.

Jackson claimed that she could not answer the question as she is “not a biologist.” 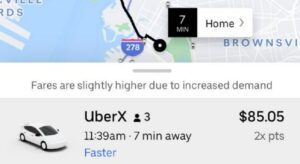